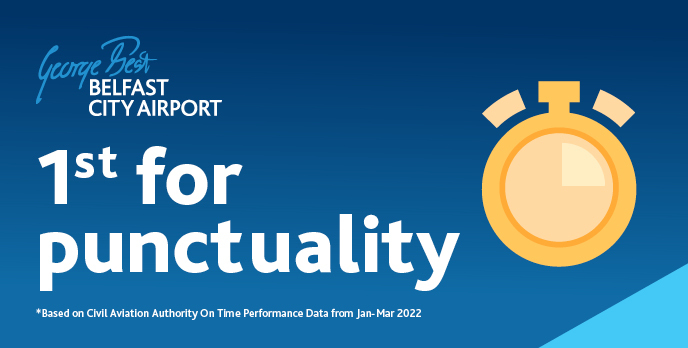 Figures from the first three months of 2022 reveal that Belfast City Airport had the largest percentage of scheduled and chartered flights arriving and departing on time, with partner airports Teesside International and Exeter taking the second and third spots.

“Delivering a comfortable and hassle-free journey for all is at the heart of what we do, and we are thrilled that Belfast City Airport has been revealed as the UK’s Most Punctual Airport.

“This is great news for those that use the airport for both business and leisure, and stands as a testament to the hard-work and dedication of our entire team.

“The phased return of travel has allowed us to recover gradually, which helps control passenger flow and ensures people will have a quick and easy journey through the Airport.

“Coupled with an average security processing time of only six minutes, passengers can feel confident and reassured when they choose Belfast City Airport.”