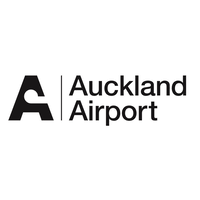 Auckland, New Zealand, 2022-Sep-28 — /Travel PR News/ — October will not only be the busiest school holiday period at Auckland Airport since 2019 – it will also see the return of two airline powerhouses, United Airlines and American Airlines.

Scott Tasker, General Manager Customer and Aero Commercial, said it was an exciting way to bookend the month, with the restart of United Airlines on the San Francisco route at the beginning of the school holidays and the end-of-month American Airlines launch from its Dallas Fort Worth mega-hub providing greater connectivity between New Zealand and North America.

Over the October school holidays around 13,000 travellers are heading to the United States, making it the second most popular destination behind Australia. Overall, more than 600,000 passengers are expected to fly, either domestically or internationally, in and out of Auckland Airport this school holiday.

“Capacity gets another bump with the return of Air Canada in early November, and when you add in the existing Air New Zealand services to Los Angeles, Honolulu, Houston, San Francisco, Vancouver and New York, plus the Hawaiian Airlines connection to Honolulu, there really are plenty of great options for travellers connecting between here and North America.”

Trans-Tasman capacity also benefits from new connections with China Airlines flying to Taipei via Brisbane from 2 October and AirAsia X bringing onboard services to Kuala Lumpur with a Sydney touchdown from early November.

“By the time the Christmas holidays roll around, we’ll have 23 international airlines flying to 35 destinations, which is roughly 70% of where we were in terms of capacity at the same time in 2019.

While some overseas markets are back at or close to 100%, our capacity recovery trajectory is close to the likes of Singapore and Australia,” said Mr Tasker.

For a smoother journey, be prepared

“There’s definitely going to be some busy periods across the day during the October school holidays but while queues may form, they should move pretty quickly,” said Mr Tasker.

“The Family Lane at border processing, which was popular last school holidays, is back again for the October break. It’s operating at Customs and Aviation Security screening for international departures, and MPI biosecurity screening at international arrivals, so hopefully that helps take some of the stress out of getting through those essential border processes with children.”

The recently updated Covid-19 protocols means mask wearing is no longer a requirement for anyone in the airport terminals, international travellers don’t need proof of vaccination, and self-testing on arrival isn’t required although international passengers will be offered a free antigen test before leaving the arrivals area.

The New Zealand Traveller Declaration is still in place, and we recommend completing it online ahead of the flight to New Zealand to smooth the way through border formalities. There is some construction work currently underway to upgrade the international arrivals area, so there may be times when processing takes longer than usual for travellers arriving into Auckland.

“In the terminal the options for shopping and dining are growing daily, but if you have a favourite store or place to grab a bite to eat check the Auckland Airport website before you travel for the latest on what’s open and when.”

Outside the terminal, work is underway on constructing the Transport Hub, with a new covered public pick-up/drop-off expected to open in late 2023. All public parking at the terminal (short and long term) has relocated to Car Parks D and E – a covered 5- to 10-minute walk from the terminal. Drop offs areas are unchanged, including those for taxis, rideshares, SkyDrive bus or the AirportLink bus connection from Puhinui Station.

“And if you’re travelling through the terminals over the school holidays make sure you pack a smile for the staff working hard to get you to your final destination.”