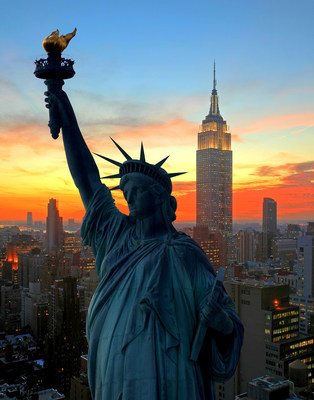 “With these new routes from Halifax and Vancouver, Air Canada is meeting demand in these important markets and building on our strengthened trans-border partnership with United Airlines to solidify our leadership in the Canada-U.S. market,” said Mark Galardo, Senior Vice President, Network Planning and Revenue Management at Air Canada. “These routes will give customers in Atlantic and Western Canada more convenient options for flying to the U.S. They will reinforce the already strong links between Atlantic Canada and New York, while for customers in Western Canada they will provide more options for reaching destinations in Latin America and the Caribbean through United Airlines’ Houston hub. They will also facilitate many new one-stop connections from the U.S. onto Air Canada’s extensive domestic and global network.”

Air Canada is the foreign carrier with the largest number of flights to the U.S. Including these new routes, Air Canada’s U.S. network will be 6 per cent above its 2019, pre-pandemic capacity for the summer season of 2023. It serves 51 U.S. airports.

Air Canada’s new, year-round Halifax-Newark route will begin December 16, 2022. It will operate daily with an Air Canada Express Q-400 in an all-Economy cabin configuration. The non-stop service is timed to connect conveniently to and from regional centres in Atlantic Canada and, in the U.S., with a variety of destinations through United Airlines’ network.

Air Canada’s new, year-round Vancouver-Houston route will begin December 16, 2022. It will be operated daily with an Air Canada Airbus A220, offering Business and Economy cabins. The non-stop service provides increased options from Western Canada to Texas and connections onward through United Airlines to Latin America and the Caribbean, while providing new convenient one-stop connections from the U.S. to Air Canada’s Asia-Pacific network from the airline’s Vancouver hub.

All flights provide for Aeroplan accumulation and redemption and, where available, for eligible customers and Aeroplan members, priority check-in, Maple Leaf Lounge access, priority boarding and other benefits.

Air Canada is Canada’s largest airline, the country’s flag carrier and a founding member of Star Alliance, the world’s most comprehensive air transportation network. Air Canada provides scheduled passenger service directly to 50 airports in Canada, 47 in the United States and 69 internationally. It holds a Four-Star ranking from Skytrax. Air Canada’s Aeroplan program is Canada’s premier travel loyalty program, where members can earn or redeem points on the world’s largest airline partner network of 45 airlines, plus through an extensive range of merchandise, hotel and car rental rewards. Its freight division, Air Canada Cargo, provides air freight lift and connectivity to hundreds of destinations across six continents using Air Canada’s passenger flights and cargo-only flights with its fleet of Boeing 767-300 freighters. Air Canada has committed to a net zero emissions goal from all global operations by 2050.