2012-12-28 — /travelprnews.com/ — As the curtain comes down on a spectacular year, VisitBritain looks ahead to 2013, identifying moments and events which can once again capture the imagination of a global audience.

The national tourism agency predicts the volume of international tourism to Britain will grow by 3% next year, meaning almost one million extra visitors will come to the UK. The 32 million who are forecast to visit could spend around £19 billion while here, a record figure representing annual growth of 2.5%.

Patricia Yates, Director of Strategy & Communications at VisitBritain said: “While 2012 had the Diamond Jubilee celebrations and the London 2012 Games, next year will offer visitors a broader taste of what makes Britain one of the most visited destinations in the world.

“Whether it’s relaxing in our countryside, indulging in our food, culture and heritage, or taking in a sporting or musical event, no matter what type of travellers you are or what tastes you have, there are plenty of experiences to enjoy in Britain next year.”
VisitBritain has compiled a snapshot of some of the things visitors can enjoy in 2013. Our top 13 includes:

1) Year of Natural Scotland – Events taking place throughout the year to highlight Scotland’s natural beauty. Scotland’s natural environment is the number one reason why people visit, and there’s no better time than 2013 to find out why. The Highlands were also featured in the new 007 blockbuster Skyfall.

2) 150 years of the London Underground – The first passenger trip will be recreated with steam trains, an exhibition of iconic posters will be shown at the London Transport Museum, and disused stations will be used for theatre and film screenings.

3) 200th anniversary of Jane Austen’s Pride and Prejudice – Pride and Prejudice is one of the world’s best-loved books. Britain is a must-visit for Austen fans, who can explore her house in Chawton, Hampshire – now a museum – as well as the Regency city of Bath where she also lived and wrote.

7) Wembley to host Champions League Final – 150th year of the Football Association and the seventh time Wembley hosts one of the most prized trophies in football.

9) Charlie and the Chocolate Factory – new musical-Fresh from directing James Bond’s latest adventure, Skyfall, Sam Mendes will be returning to his roots as a theatre director and taking on another favourite British hero: Willy Wonka.

10) Queen Elizabeth Park opens – opening in phases over the next few years, with the first part – the North Park and Multi Use Arena – open to visitors from 27 July 2013, one year since the Opening Ceremony.

11) Glastonbury returns – after a break in 2012, the iconic music festival is back in 2013 with a bang! Rumours abound on who the headline acts will be, with event organisers using Twitter to gauge who fans want to see. Whoever they are, it will still mean three days of fun with hundreds of acts playing across dozens of stages amidst the rolling fields of Somerset.

12) David Bowie exhibition at V&A – Discover and explore this retrospective of the extraordinary career of David Bowie, a musical and cultural icon across five decades.

13) Royal Baby celebrations – Although more of a private affair compared to the Royal Wedding and Queen’s Diamond Jubilee, the new addition to the Royal family allows us to celebrate our rich heritage and highlight what families can enjoy on any visit here.

The full report on 2013 events can be found at: http://media.visitbritain.com/ImageLibrary/downloadMedia.ashx?MediaDetailsID=323030

A non-departmental public body, funded by the Department for Culture, Media and Sport, we work with partners in the UK and overseas to ensure that Britain is marketed in an inspirational and relevant way around the world. Our partners include government agencies such as UKTI and British Council, airlines and operators, global brands such as Samsung and the English Premier League as well as the official tourism bodies for London, England, Scotland and Wales.

Our priority is to deliver a four-year match-funded global marketing programme which takes advantage of the unique opportunity of the Royal Wedding, the Queen’s Diamond Jubilee and the London 2012 Games. Our objective is to showcase Britain and attract new visitors from the tourism growth markets of Asia and Latin America and to reinvigorate our appeal in core markets such as the USA, France and Germany. This campaign aims to secure an additional £2 billion in visitor spend. 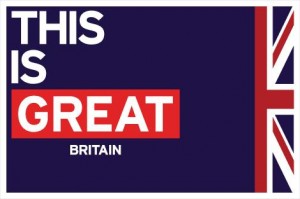 THIRTEEN THINGS TO CELEBRATE IN 2013