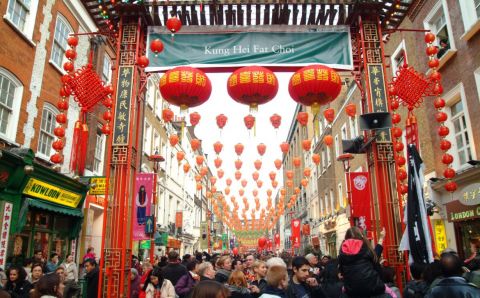 VisitBritain: Record number of visits from China to the UK in the first quarter of 2017

The UK could look forward to a rise in visitors from China in the coming week as China National Day and the Golden Week holiday begin.

LONDON, 2017-Oct-03 — /Travel PR News/ — Golden Week is a prime time of travel for the Chinese and more are choosing to visit the UK than ever.

Latest official statistics show that there were a record number of visits from China to the UK in the first quarter of 2017. From January to March this year, there were 54,000 visits from China, up 27% on the same period last year, with visitors spending a record £91 million, up 27%.

Latest data from ForwardKeys shows that flight bookings from China to the UK for September to November are tracking 10% up on the same period last year.

“We want Britain to top the list as a must-go-now destination for Chinese travellers and to give them a world-class visitor experience. As well as making it easier to get here, with increased route development and airline seat capacity, we’re working with our partners to get great tactical deals in market and increasing the services that visitors experience.

“With our shops, visitor attractions and accommodation offering great value for Chinese travellers, it is a great time to come to Britain.”

In August this year, Britain was about 12% more affordable for visitors from China than it was the same month in 2015.

For every 22 visits from China to the UK, one job is created in Britain’s tourism industry*.

VisitBritain has ambitions to double spend from Chinese visitors to £1 billion annually by 2020. In 2016, visitors from China spent £513 million in the UK.

Tourism is worth £127 billion to the UK economy, creating jobs and boosting economic growth across its nations and regions.