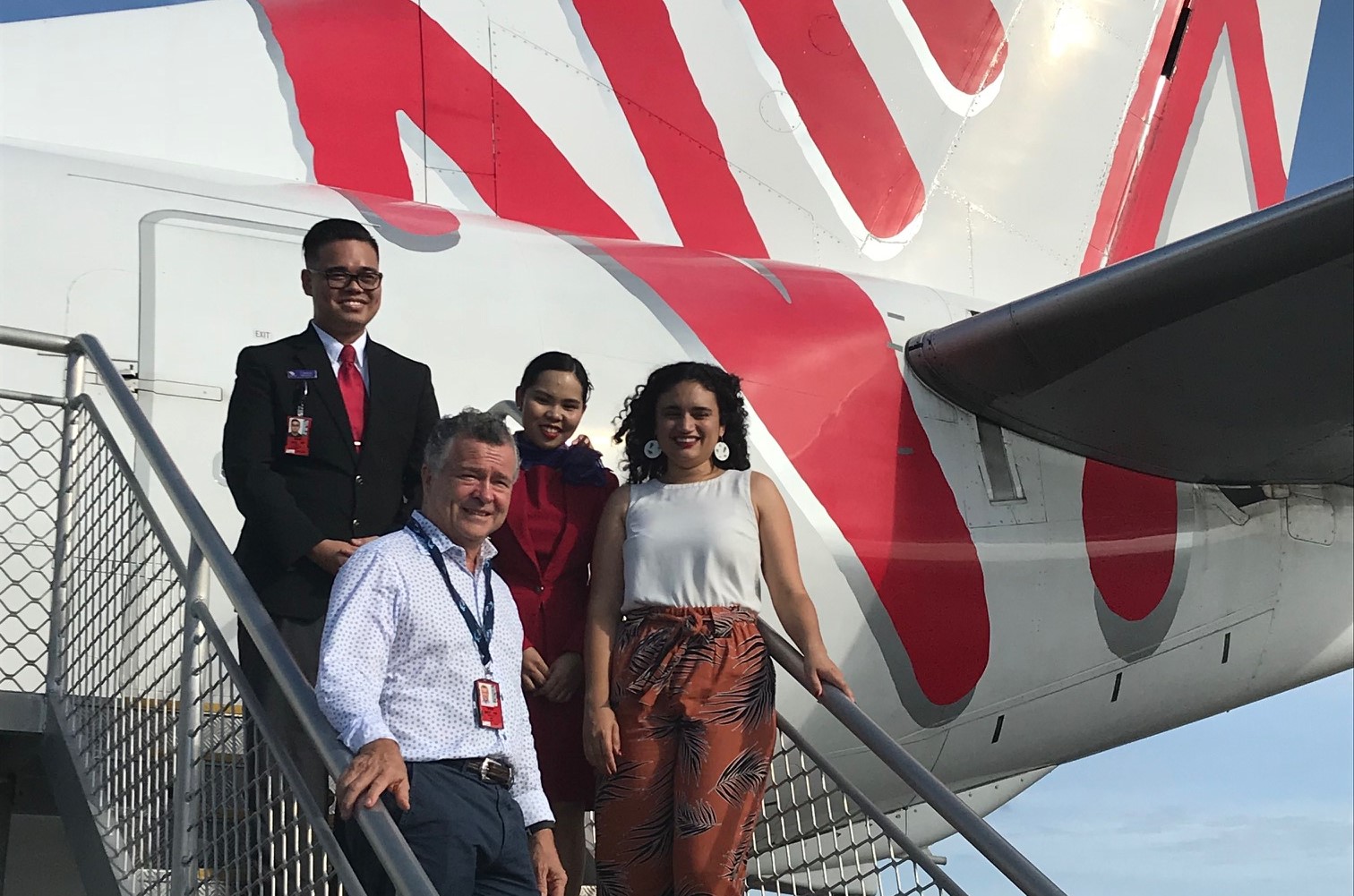 Accompanied by members of the Virgin Australia crew, Ian Kew, CEO, NT Airports and The Hon. Lauren Moss MLA. Minister for Tourism welcome the news that the full-service flag carrier will launch a three times weekly service from Darwin to Denpasar in April 2019.

Virgin Australia has delivered just what Darwin International Airport wanted for Territorians this festive season, with the announcement of a new three times weekly, seasonal service to Denpasar, Bali starting next April.

Darwin, Australia, 2018-Dec-19 — /Travel PR News/ — CEO NT Airports, Ian Kew said: “Following the reduction in services on the Darwin to Denpasar route earlier this year, we have been in ongoing talks with as many as four carriers over the past months. We are delighted that Virgin Australia has decided to commence operating on this highly sought-after route, its only overseas destination from Darwin. Daytime services departing from Denpasar together with the competitive fare structure Virgin Australia is renowned for, will be a winning combination for Territorians.”

“With sales fares starting from $199 one way*, coupled with operating days of Wednesdays, Fridays and Sundays; those quick weekend trips to Bali that Territorians are so fond of are certainly back on the agenda.”

Virgin Australia General Manager, Network, Revenue and Alliances, Russell Shaw, said: “Today marks 17 years to the day since our first flight to Darwin and since then, we’ve continued to build upon our presence and make travel more accessible for Territorians.

“Our guests will now have more choice and flexibility when looking to fly to Bali, with Virgin Australia offering what we believe is the most convenient schedule on this route, allowing for our guests to arrive well before midnight when travelling from Darwin to Bali,” Mr Shaw said.

For the first time in over a decade, Darwin will have an Australian full-service flag carrier flying to Bali internationally from Darwin. Virgin Australia will be the only airline on this route to offer a business class service. As Virgin Australia’s presence in the NT grows, travellers from Adelaide, Perth, Alice Springs and other ports can travel on Virgin Australia services to and from those ports to Bali; positioning Darwin as a hub to Indonesia, Asia and beyond.

Virgin Australia’s new flights will add over 1,000 weekly seats to the Bali market between April and October. The new service complements the existing airline operator on this route, creating the right market structure with both a full service and low-cost carrier offerings, operating at very different times to suit all markets and price points.

“Initially this will be a seasonal service operating between April and October, historically the strongest travel period to Bali with 60% of all travel undertaken during this period. We are confident Territorians will support this new service which will generate strong demand for the launch in April 2019” said Ian Kew.