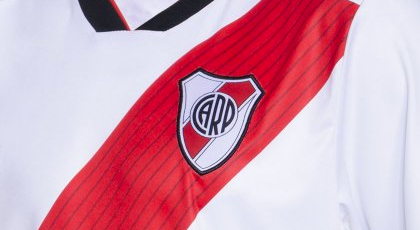 River Plate’s official uniform will feature the airline’s logo during next weekend match against Lanús on Sunday, 4th August.

Turkish Airlines Chairman of the Board and the Executive Committee, M. İlker Aycı commented on the sponsorship agreement; “As the airline that flies to most countries in the world, we are delighted to be uniform sponsor of River Plate, one of the most important football teams in America. We believe that this partnership enhances Turkish Airlines’ interest in supporting athletics, which remind us of the passion and dedication and the importance of teamwork to achieve success.”

The flag carrier airline has supported football over many years and sponsored UEFA Euro 2016 as well as important clubs such as Barcelona, Manchester United and Borussia Dortmund. Turkish Airlines has also achieved significant success in its commercials, which have starred famous footballers Lionel Messi and Didier Drogba.

River Plate was founded in 1901 and took its name from the common English name for the Río de la Plata. Along with its historic rival Boca Juniors, both are the biggest football clubs in Argentina, gathering the major number of fans. River’s home stadium is Estadio Monumental Antonio Vespucio Liberti, known simply as El Monumental, the largest stadium in the country with a capacity of more than 66,000 people.