London, United Kingdom, 2013-12-02 — /travelprnews.com/ — Boscolo Hotels and the exclusive portfolio of independent hotels, the Autograph Collection, announced today the news that twoadditional luxury Boscolo Hotels in Italy will join its ensemble this fall. The Boscolo Milano will be the first to join the collection, followed by the Boscolo Exedra Roma in early December. Boscolo began its partnership with Autograph Collection in 2011 with the inauguration of its first hotels in the portfolio in four of Europe’s most exciting cities, including the Boscolo Palace in Rome, Boscolo Venezia in Venice, Boscolo Prague in the Czech Republic and the Boscolo Budapest in Hungary.

Exactly like nothing else, each Autograph Collection hotel is thoughtfully chosen for its quality, originality, bold character and capacity to offer today’s modern traveler a range of unique experiences suited to their individual sense of style and adventure

Innovative in its design, the hotel expresses the creative spirit of Milan and the lifestyle of the city. The Boscolo Milano provides a memorable reference point for visitors and local residents alike. The beautiful rooftop terrace provides magnificent views of the illuminated Duomo spires making it the perfect place to end the day with an aperitif in the bar or a candlelight dinner in the a la carte restaurant.

The redesign of this historic building from the twenties is by the famous architect Italo Rota.  It harmonizes an eclectic mix of avant-garde design in an atmosphere of unconventional elegance. The unique, fascinating style of the hotel is expressed in the public areas and in the 154 guest rooms and suites.  The hotel also features one of the largest hotel spas in Milan with 600 m² of luxury relaxation.

BOSCOLO EXEDRA ROMA
One of the most elegant places to stay in Rome, the Boscolo Exedra is a magnificent five star luxury hotel of classic design created through the tasteful and meticulous restoration of a late XIX-century palace. A unique design feature of the hotel is an area with a plate glass floor where you can view illuminated excavations of ancient Roman baths underneath the property.

The spa offers a range to massage treatments and an outdoor swimming pool with amazing panoramic views overlooking the Eternal city. For meetings and special events the hotel features facilities for small and medium size gatherings.

About Boscolo Hotels
Founded by the family Boscolo in Venice in 1978, Boscolo is a small independent Italian group of luxury hotels. Each hotel is considered like a precious jewel with its own unique character and style. The hotels are located in some of the most appealing European cities including Rome, Milan, Venice, Nice, Budapest and Prague. For more information on Boscolo please visitwww.boscolohotels.com, or explore our social media channels.

About Autograph Collection Hotels
The Autograph Collection is an evolving ensemble of strikingly independent hotels. Exactly like nothing else, each destination has been selected for its quality, bold originality, rich character and uncommon details. From near to far, iconic to historic, the result is an array properties that is nothing less than unique, nothing short of collectively exceptional. For more information and reservations please visit www.autographhotels.com, or explore our social media channels to learn more about championing the independent spirit. 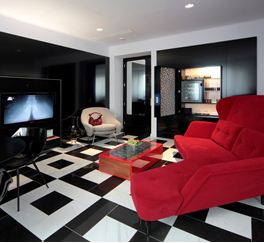 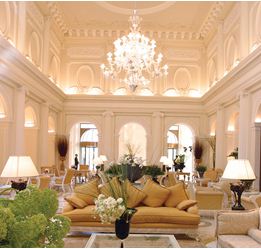