Macau, 2014-7-16 — /Travel PR News/ — The 26th Macau International Fireworks Display Contest will be held above the sea area before Macau Tower on 8, 13, 20, 27 September and 1 October. Ten contesting teams will brighten up the city skyline with spectacular fireworks on the nights.

Director Senna Fernandes expressed, “The city welcomes the 26th edition of Macau International Fireworks Display Contest this year. We are glad that the event has won ardent support from many well-known fireworks companies from across the globe in the past 25 years, making it one of the most stunning events of the year which fascinates more than ten thousands of citizens and visitors flocking into town for the fireworks show every year.”

The 26th Macau International Fireworks Display Contest is scheduled to take place above the sea area in front of Macau Tower from 8 September to 1 October. The two teams from Croatia and Taiwan, China will stage their fireworks displays on 8 September, a night to celebrate Mid-Autumn Festival.

Different outstanding pyrotechnic companies came from around the world to join Macau International Fireworks Display Contest each year in the past, and this year makes no exception. The ten teams this year come from (according to the order in the contest program) Taiwan, China; Croatia; China; France; Korea; Poland; Portugal; Australia; Italy and Spain. Croatia and Poland are two new countries in the contest; similarly, the companies from Spain and Australia will stage their first performance in Macau.

Over the past 13 years, Mirnovec Pirotehnika from Croatia has organized a number of international fireworks festivals which involved internationally-acclaimed fireworks companies. The Croatian company has also actively joined various international fireworks contests and won great awards, including the second place in International Fireworks Festival in Malta in 2012 and in Belgium and Canada respectively in 2013. Surex, on the other hand, is a Poland company which holds great passion for pyrotechnics and excels at producing a diversity of tailor-made products. The company also received a range of accolades in numerous important international events, including the third prize in International Fireworks Competition in Shanghai in 2012.

The pyrotechnic businesses from Spain and Australia will make their debut in Macau. The Spanish company Pirotecnia Zaragozana once joined various international contests and often came out among the top three. In 2012, the company won the first prize in Pyrotechnic Art Festival of Cannes in France. Coming from Australia, Skylighter Fireworks has been in charge of the fireworks show on New Year’s Eve in Brisbane since 2009 and the Australia Day celebrations in the city from 2010 to 2014, creating wonderful displays which attracted 40,000 spectators every year.

The other six teams have come to Macau for the contest before and some of them ranked among the top three. The Italian company La Tirrena has a long history since founded in 1898 over a century ago. The company has earned outstanding awards along the years, enjoying wide recognition across Italy and the international community. Five years ago, La Tirrena won the second prize in the Macau contest. Coming from Portugal, PYROFEL – Pirotecnia Lda. joined the Macau contest twice and was once the champion in town. The company specializes in creative fireworks design and incorporating into fireworks displays a range of multimedia elements such as light, laser, water and music. Based in Hunan, China, Sunny Fireworks won the third place in Macau before and the second place in International Fireworks Competition in Shanghai in 2012; whereas the pyrotechnic businesses namely SODIP Pyrotechnie and Daehan Fireworks Co. from France and Korea respectively both joined the fireworks display contest in Macau twice in the past. Sy Yuan Fireworks Co., Ltd. from Taiwan, China also took part in the Macau contest two years ago. Overall the teams demonstrate competitive experience and are ready to bring on a myriad of spectacular displays for both citizens and visitors.

You may also be interested in:  MGTO participates in the second “Macao･Creative City of Gastronomy” annual work meeting

This year, MGTO again requests the teams to choreograph their fireworks displays to both music and laser light projections to enhance the audience’s experience with a more fascinating light and sound spectacular. Spectators can view live broadcast of the fireworks shows with background music on TDM – Radio Macau’s Chinese Channel (FM 100.7) and TDM – Macau TV Channel every fireworks evening.

The Office will actively promote this year’s fireworks display contest through an array of international, regional and local media and advertising channels, including advertisements broadcasted through international media in neighboring regions and promotion via key media and travel magazines in Mainland China, Hong Kong and Macau. Other strategies include poster and leaflet distribution and so forth. The event is also widely promoted in regional and overseas travel fairs and exhibitions. The Office uses the Internet as a promotion platform as well.

MGTO and the General Union of Neighbors Association of Macau will jointly present the Fireworks Carnival again to add more fun and color to the fireworks evenings. Over 66,000 individuals enjoyed the five-day carnival last year.

You may also be interested in:  "The 6th Experience Macau Tour" attented by mega delegation from Mainland and Hong Kong

MGTO will keep on presenting more wonderful events and programs for visitors while enriching the diversity of local tourism products to boost the glamour of the destination, working in line with the goal of developing Macau into a World Centre of Tourism and Leisure. 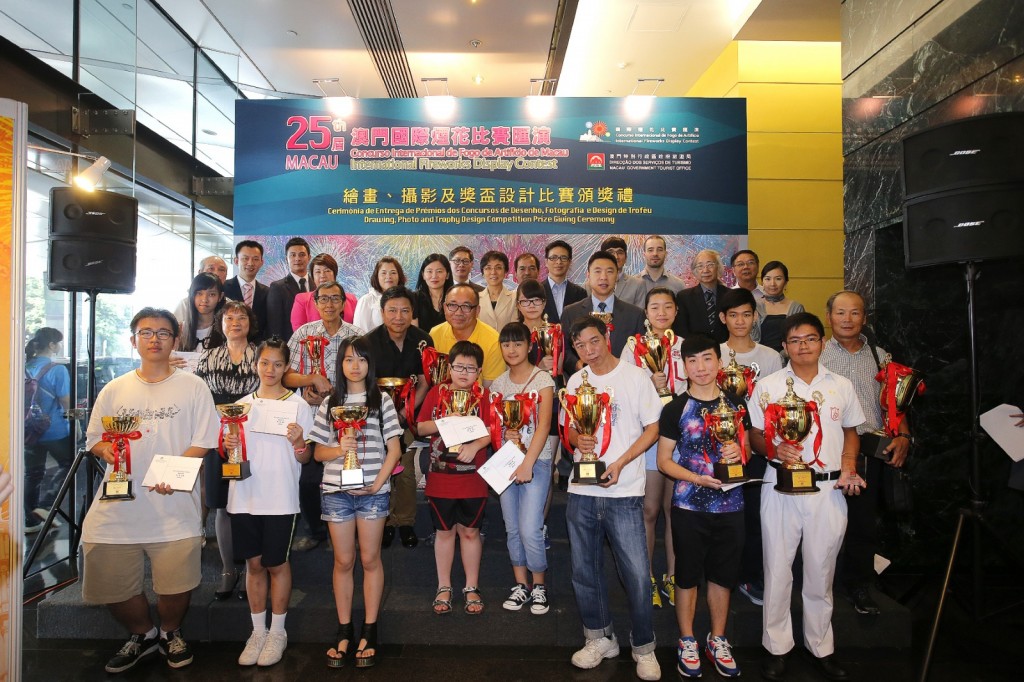