“Tarek’s experience will be invaluable to Four Seasons Hotel Riyadh with his talent for recognizing luxury and cultivating exceptional service,” says Anthony Tyler, General Manager of Four Seasons Hotel in Riyadh.  “We’ve created one of the very finest hotels in the capital, and we’re so pleased to have Tarek on board to take the helm.”

Born in Cairo, Nour was from an early age involved with the operating of various family businesses including a Lebanese restaurant in the heart of Cairo. As exciting as the restaurant business must have been, Nour’s ultimate calling was the rooms division, and over the past 12 years, he has become a true rooms specialist whose skills were in high demand, as he regularly was called upon to assist with the opening of new Four Seasons properties around the world. Nour has also played a key role in Four Seasons rooms council both in the Europe/Middle East/Africa region and the Americas.

Delighted with his first appointment as Hotel Manager, Nour is looking forward to the challenge of overseeing all operational elements of the 274-room hotel. 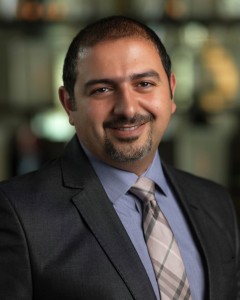