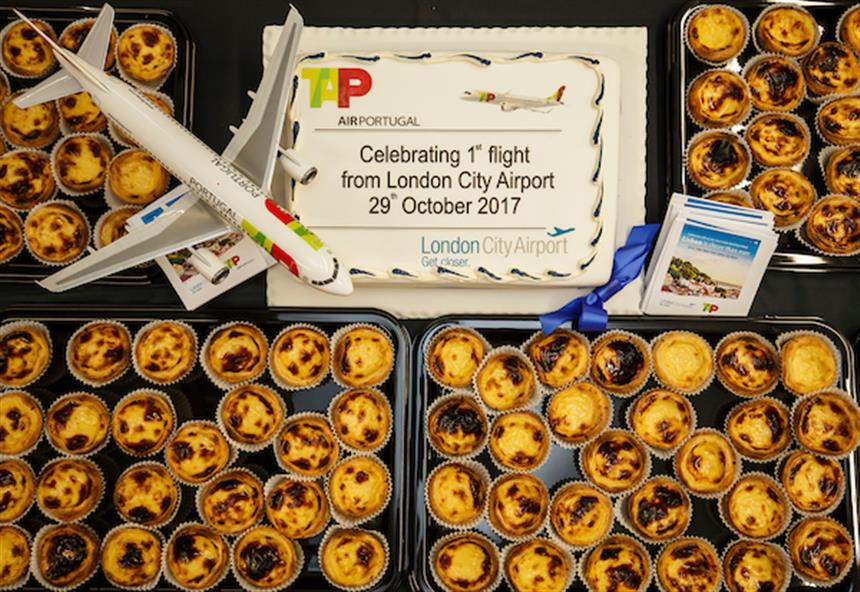 With the new addition to its network, TAP becomes the only airline to connect London City, located in the city’s financial centre, and the cosmopolitan destination of Lisbon, and the first airline to fly this route in the 30 years London City Airport has been operating.

The direct flights between London City and Lisbon will operate with the Embraer 190 aircraft, with seat capacity for 106 passengers, departing London at 10:10am and 7:50pm, and departing Lisbon at 7am and 4:40pm, from Monday to Friday.

TAP is thus reinforcing its presence in the UK, by operating to those considered the three preferential airports in London and by offering its passengers an improved choice of schedules and connections, and increasing the frequency of its operations.

This reinforcement represents the Airline’s strategic focus on the UK market. Passengers are now able to take even more advantage of TAP’s Lisbon Hub to access the Airline’s intercontinental network, which allows connections to nearly 70 destinations in Europe and the Americas. Currently, passengers transiting via Lisbon from London prefer the Brazilian destinations of São Paulo, Rio de Janeiro, Belo Horizonte, Recife e Brasília. Accra, in Ghana, and the domestic destinations of Funchal, Faro and Ponta Delgada, are also top preferences.

When the final destination is not Lisbon or Porto, passengers can also take advantage of the Portugal Stopover programme on their way out or during their return flight, stopping in Portugal for one, two or three nights for no additional charge to their fare. Since its launch in summer 2016 until the end of last July, almost 70 thousand passengers have already made the most of the programme, and with this new route numbers are expected to rise even further.

Richard Hill, Chief Commercial Officer at London City Airport (LCY) said: ‘I’m thrilled to welcome TAP to London City Airport. Not only does the airline add an exciting new name to the list of operators at LCY, it brings a new route for us – the first time the airport has offered direct flights to Lisbon – and in addition offers great connecting opportunities, through TAP’s Lisbon hub on to Africa and the Americas. I’m sure it will be a great success.’