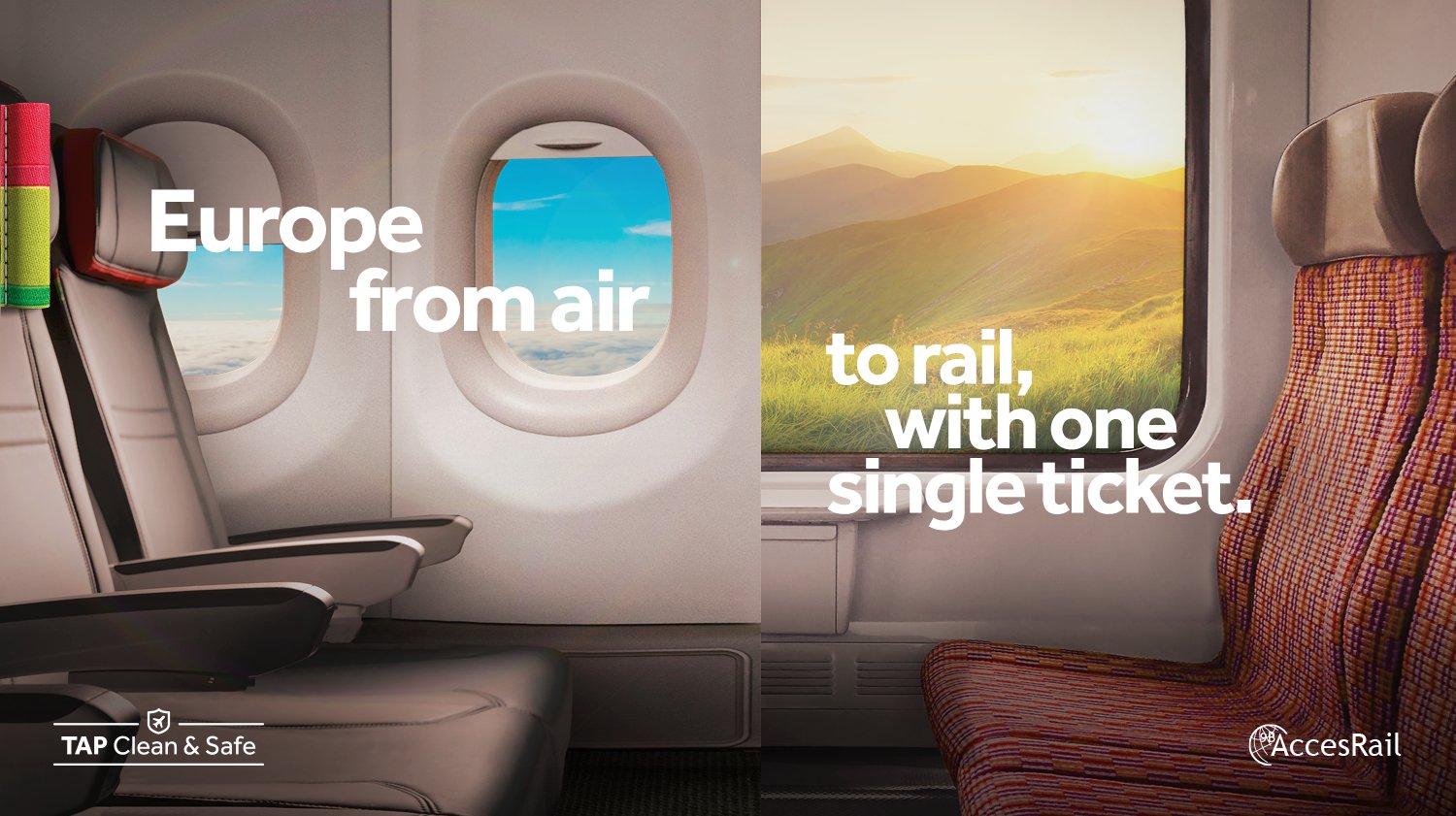 TAP Air Portugal and AccesRail, the leading provider of air-rail intermodal solutions, assigned an agreement that offers more destinations and flexibility. The partnership allows TAP’s customers to book high-speed train tickets in conjunction with their airfares in Europe.

The new agreement with AccesRail allows TAP to expand and complement its network. Bringing more benefits to its passengers, since it covers more cities in seven European countries than the ones it currently offers – Germany, Italy, United Kingdom, Switzerland, Austria, Holland, and Belgium. And it allows customers to book train tickets, on high-speed trains, at the railway companies included in this partnership, when purchasing their air travel on TAP’s website, www.flytap.com, or through GDS’s (distribution systems) at travel agencies around the world.

The rail connections available simplify the access to the center of several European cities, as they are operated, to and from central train stations, by major local rail transport operators, such as Deutsche Bahn, in Germany; Trenitalia, in Italy; Transpennine/GWR, in the United Kingdom; SBB, Switzerland; OBB in Austria; and SNBC in the Netherlands and Belgium. Thus, the Portuguese airline now offers coverage to more cities, including cities not served by airports, giving passengers greater flexibility, convenience, and simplicity in choosing their travels.

This new partnership also reinforces the potential of TAP’s hub, in Lisbon, increasing its connectivity and profitability. According to the current context of the tourism sector, companies must reinvent themselves and look for new opportunities and new synergies, investing in their growth and ensuring their long-term sustainability.

“We are very excited to be able to have the TAP Air Portugal brand be available to more people in Europe.  With this landmark inter-modal partnership, a significant amount of Europeans can now buy an integrated and more sustainable product to come visit Portugal.  Linking rail and air is fundamental to a sustainable future, and our partnership with Access Rail allows us to build the platform towards achieving that goal”, says Arik De, Chief Revenue & Network Officer at TAP.

More information can be found at: https://www.flytap.com/en-pt/other-bookings/travel-to-europe-by-plane-and-train

AccesRail, which has been operating in the market for more than 20 years, is the largest company in the intermodal travel sector, having as partners several airlines and companies operating high-speed trains in different countries.