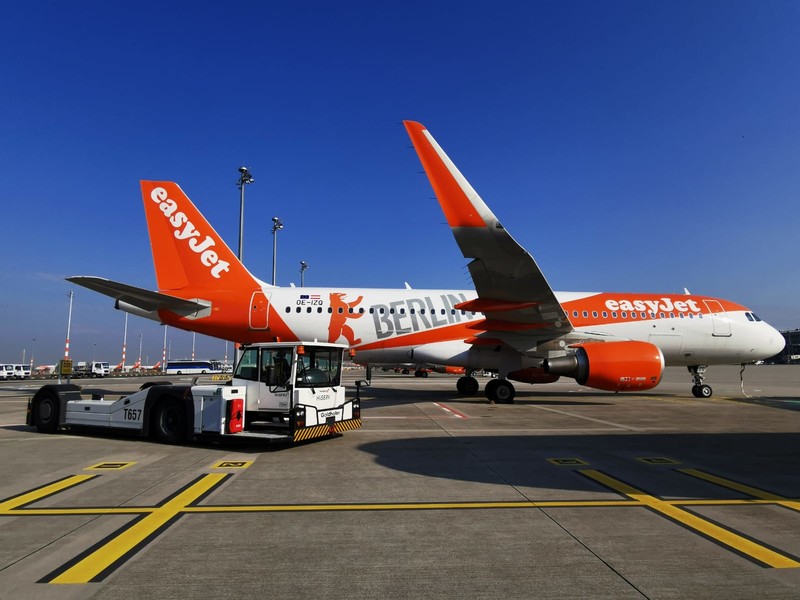 Opfikon, Switzerland, 2021-May-18 — /Travel PR News/ — Swissport and easyJet have signed a new 5-year contract covering airport ground services at easyJet’s hub at Berlin Brandenburg International Airport. In addition, the British carrier renewed its contracts with Swissport in Basel and Geneva until 2025. In 2020, the two companies worked together at some 20 airports across Europe.

Swissport has won a major contract from easyJet at Berlin Airport. From 1 October 2021, the world’s leader of airport ground services and air cargo handling will provide full ground handling services for easyJet passengers at check-in and gate, and will also be responsible for aircraft handling on the apron, including baggage loading and pushback services. The new contract is valid until 2026, connecting the German capital with around 70 major destinations in Europe.

“We are honored and grateful that easyJet has entrusted us with the handling of their hub in Berlin. The new contract is a sign of the trust we have been able to build together through our various collaborations across our network in Europe,” says Willy Ruf, Senior Vice President Central & Eastern Europe at Swissport International. “Our teams on the ground in Berlin are excited to serve easyJet and its passengers and look forward to starting operations this fall.”

CONTRACTS RENEWALS IN BASEL AND GENEVA

In addition to the contract win in Berlin, Swissport has also renewed its contract for airport ground handling with easyJet for the carrier’s two Swiss bases in Basel and Geneva by five years, retroactive to 1 September 2020. easyJet had around a dozen aircraft based at each airport and represented around 50 percent of Swissport’s volume in Basel and Geneva pre-Covid. By intending to maintain its fleet size in Switzerland, travel volume permitting, easyJet underlines its confidence in the Swiss market as well as in the neighboring regions.

In 2019, before the Covid-19 related market downturn, Swissport served almost 5.5 million passengers on behalf of easyJet at Basel‘s EuroAirport. In Geneva around 8 million easyJet passengers were served by Swissport’s passenger service agents in 2019.

In 2020, Swissport International AG provided best-in-class airport ground services for some 82 million airline passengers (pre-Covid 2019: 265 million) and handled roughly 4.1 million tons of air freight (2019: 4.6 million) at over 100 cargo warehouses worldwide. Several of its warehouses have been certified for pharmaceutical logistics by IATA’s CEIV Pharma and by the British MHRA. The world’s leader in airport ground services and air cargo handling, with currently around 45,000 employees, was active at 269 airports in 47 countries on six continents at the end of 2020.