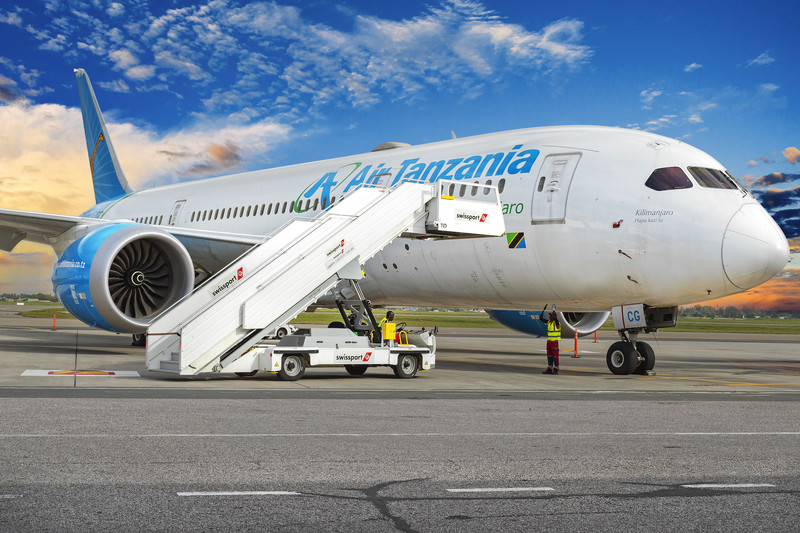 Swissport, the global leader in airport ground services and air cargo handling, has been awarded a contract for hub management services for Air Tanzania, the national carrier of the East African country. Starting this month at the airports of Dar es Salaam (DAR) and Kilimanjaro (JRO), Swissport will provide check-in and gate services, baggage handling, moving of aircraft, cargo loading and aviation security services for 21 flights daily. The new partnership further expands the company’s growing presence on the African continent.

“We are delighted that Air Tanzania has chosen to rely on Swissport’s high quality, reliable and efficient operational services at its hub airports in Dar es Salaam and Kilimanjaro”, says Jeroen de Clercq, Head of Sub- Sahara and Israel, at Swissport International. “With their fast-growing fleet of modern aircraft, Air Tanzania is the undisputed leader in the Tanzanian aviation market and we are excited to support them.”

In addition to the Air Tanzania hubs, Swissport already operates major hubs for leading airlines worldwide among them Washington Dulles (IAD) for United Express, Viracopos (VCP) for Azul Airlines and Helsinki (HEL) for Finnair. Providing comprehensive hub management for an airline represents a major sign of confidence in the quality and efficiency of Swissport’s services. In a full outsourcing, Swissport interacts directly with passengers on behalf and often in the name of the airline.