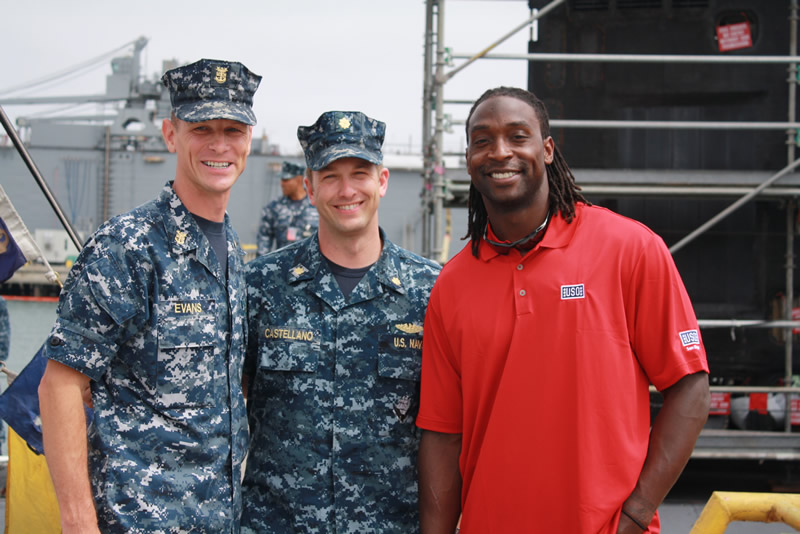 Shell and the City of Chicago present The 58th Annual Chicago Air and Water Show, August 20 and 21

Beloved Chicago Bears cornerback will open the show, to celebrate the 75th Anniversary of the USO

CHICAGO, 2016-Aug-04 — /Travel PR News/ — The 58th Annual Chicago Air and Water Show, presented by Shell and the City of Chicago, will take place August 20 and 21 along the lakefront from Fullerton to Oak Street, with North Avenue Beach serving as show center from 10am to 3pm daily. Retired Chicago Bears cornerback Charles “Peanut” Tillman will open the show on Saturday, August 20, by tandem jumping with the U.S. Army Golden Knights to commemorate the USO’s 75th Anniversary – 75 years of caring for the needs of America’s service members and families. He will touch down in front of the Boat House at North Avenue Beach at 10am.

On and off the field, Charles Tillman has demonstrated his commitment to service not only as the 2013 Walter Payton NFL Man of the Year but also as the 2015 USO Angel Harvey Heart of a Patriot Award recipient and the NFL Salute to Service Award winner. Charles Tillman has volunteered with the USO through numerous programs including the USO of Illinois’s Pro Tour which brought Tillman to San Diego in 2014 and to Germany in 2015. Tillman, a self-described Army brat, spent the majority of his youth traveling the world with his father Donald Tillman, Jr., a Sergeant in the United States Army. Chicago’s Favorite Bear always has had a special place in his heart for the military community that shaped him as a young adult.

The USO of Illinois is proud to serve 330,000 military and military families through five USO Center Facilities and hundreds of programs and services each year with the support of great partners like Charles “Peanut” Tillman. To learn more about the USO of Illinois visit www.usoofillinois.org.

Strong in tradition and one of the largest free admission events of its kind, the Chicago Air & Water Show is proud to present these 2016 headliners: U.S. Air Force Thunderbirds, U.S. Army Parachute Team Golden Knights and the U.S. Navy Leap Frogs. New this year, theU. S. Air Force F-35 will take part in the show for the first time. The popular lakefront event features a wide variety of military and civilian aerial demonstration teams with daredevil pilots performing their stunts in the skies above Chicago.

Chicago Department of Cultural Affairs and Special Events
The Department of Cultural Affairs and Special Events (DCASE) is dedicated to enriching Chicago’s artistic vitality and cultural vibrancy. This includes fostering the development of Chicago’s non-profit arts sector, independent working artists and for-profit arts businesses; providing a framework to guide the City’s future cultural and economic growth, via the 2012 Chicago Cultural Plan; marketing the City’s cultural assets to a worldwide audience; and presenting high-quality, free and affordable cultural programs for residents and visitors.