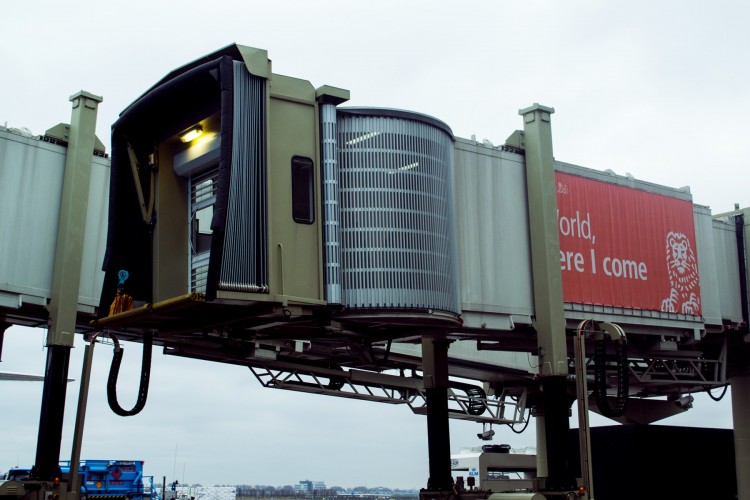 AMSTERDAM, The Netherlands, 2017-Oct-18 — /Travel PR News/ — Connecting a passenger bridge to an aircraft within sixty seconds? Pretty soon, this will no longer be a pipe dream. Schiphol and bridge supplier CIMC-TianDa have signed a contract for the development of a robotic passenger bridge. Smart ICT and sensors will simplify the work of the bridge operator and reduce the waiting time of passengers on the aircraft.

Currently, the bridge operator has to position the passenger bridge manually. Over the past year, together with KLM and the bridge supplier, Schiphol has carried out a successful trial involving the automatic connection of the airbridge. The operator enters the aircraft type and the bridge then makes its own way to the aircraft, stopping just outside the door. The operator only needs to complete the final stage manually, using the joystick.

The next step is to move on to the fully automatic connection of the bridge, making the process both quicker and simpler. Sixty percent of the time, connecting a bridge currently takes longer than a minute. Schiphol and its partners are now entering a new test phase in which the bridge itself recognises the aircraft on the basis of the information in the flight information system, also allowing the final stage to be automated. However, a bridge operator must always be present to operate the bridge and supervise the process.

This innovation is a global first and means good news for the airlines and ground handlers. In the future, it may help to speed up aircraft turnaround times, during which every minute counts. It also means an improvement for passengers, as it will allow them to leave the aircraft sooner. If everything goes according to plan, the airport expects to debut the world’s first robotic passenger bridge in 2019.