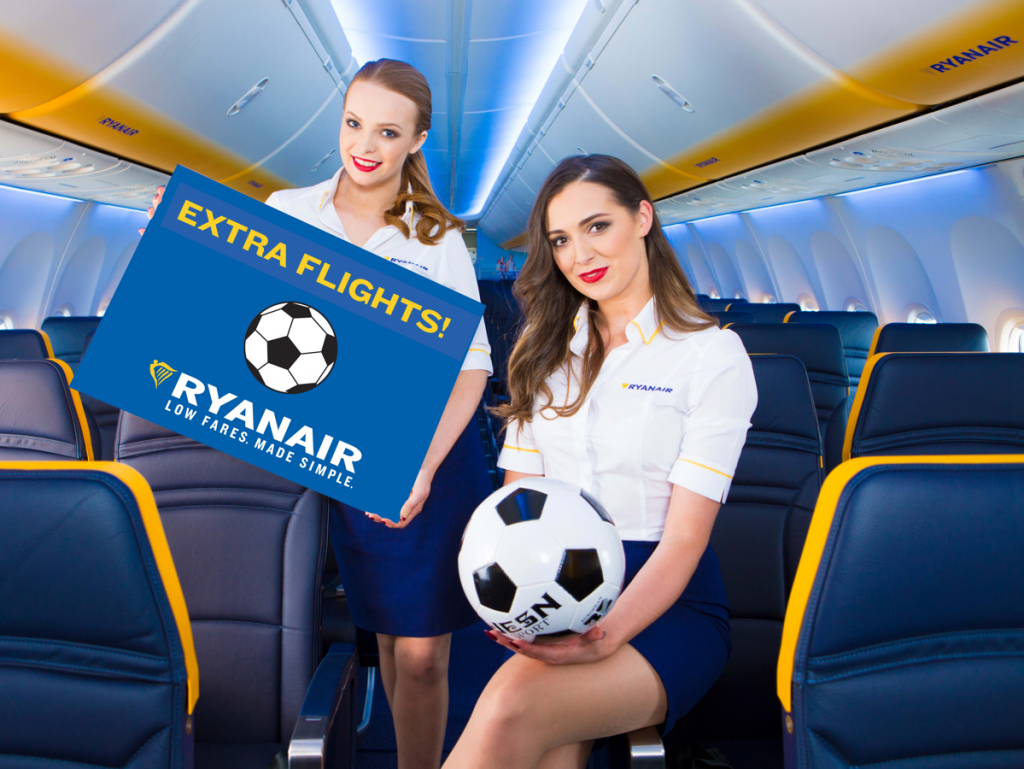 The trio are among a record five English clubs to qualify for the knockout stages of the competition, and last Monday’s draw pitted Tottenham with last season’s runners-up Juventus, Liverpool against Portuguese giants Porto, and Manchester United against Spanish club Sevilla, and Ryanair have added an extra return flight for each of these ties.

Seats are limited and selling fast, so Ryanair advises Spurs, Liverpool and Man Utd fans to log on to www.ryanair.com and book these Champions League special flights as soon as possible to avoid disappointment.

“Tottenham, Liverpool and Man Utd are among five English clubs to reach the knockout rounds of Europe’s premier club competition and their fans are following suit, with strong demand from their supporters for their next round Champions League fixtures. We’ve added 6 extra flights for their Last 16 ties, which are on sale now and selling fast – only on Ryanair.com.”