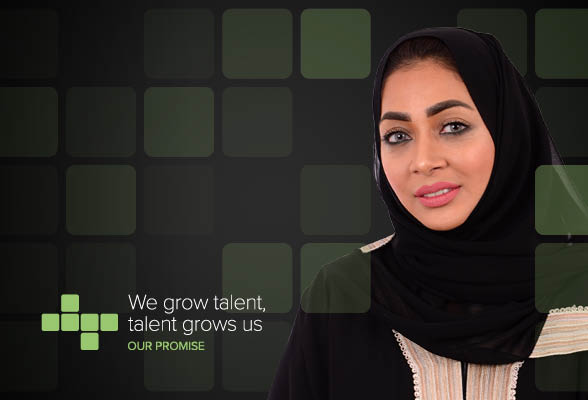 Discover this new milestone in video*

BRUSSELS, Belgium, 2017-Mar-16 — /Travel PR News/ — The Rezidor Hotel Group, one of the most dynamic hotel companies in the world, is proud to mark a new milestone in its history by appointing its first Saudi female General Manager in the company and the hospitality industry. Miss Maram Kokandi will be the General Manager of a new Park Inn by Radisson hotel in Jeddah, Saudi Arabia, scheduled to open later this year. The appointment complements the Saudi Vision 2030 launched last year, which emphasizes the significance of Saudi women and their role in leading the development of both social and professional growth of the Kingdom.

Wolfgang M. Neumann, President & CEO of The Rezidor Hotel Group said “We are very proud to be part of this historic appointment. We are committed to empowering our women in leadership at Rezidor, and this announcement is a momentous achievement, not only for our group but for the hospitality industry worldwide. We are confident that this milestone, the appointment of the first Saudi female General Manager, will inspire other women across the region to pursue their career aspirations in hospitality”.

Maram Kokandi studied hospitality management in the United Kingdom before moving back to the Middle East region, taking up various hospitality roles in Saudi Arabia. She takes on the responsibility of launching the new Park Inn by Radisson Jeddah Madinah Road as its General Manager.

The Rezidor Hotel Group strongly advocates balanced leadership in the hospitality industry. Its Balanced Leadership initiative aims to promote diversity and inclusion in the workplace. The program takes a three-pronged strategy to tackle the continuing problem of diversity at the top of organizations: leadership programs, inclusive policies and awareness of the issue from top to bottom, including how to tackle barriers to women succeeding in business.

“Today, we celebrate an incredible success of a Saudi Arabian woman and recognize her potential to lead in one of the most important and fast growing business sectors for the country. This announcement is a testimony of how the Kingdom is progressing in this direction. We have already come a long way, from six female employees in 2014 to 84 today, with 12 in leadership positions,” said Mark Willis, Area Vice President, Middle East & Turkey.

Willis added: “The hospitality sector is one of the fastest growing sectors in Saudi Arabia, and female participation as industry leaders is essential for its growth. The Rezidor Hotel Group is proud to have Maram as one of its leaders, and we believe she will become a role model for Saudi women at home and worldwide. Rezidor is committed to increasing its efforts to further develop its Balanced Leadership program in Saudi Arabia, and across the Middle East and Turkey, and enabling women to overcome any barriers to their career growth.”

Saudi Arabia is a key growth market for Rezidor. The group has an impressive 30 hotels and over 6,000 rooms in operation and in development.

About The Rezidor Hotel Group
The Rezidor Hotel Group is one of the most dynamic hotel companies in the world and a member of the Carlson Rezidor Hotel Group. The group features a portfolio of more than 480 hotels in operation or under development with 105,000 rooms in 80+ countries.
Rezidor operates the core brands Radisson Blu® and Park Inn® by Radisson in Europe, the Middle East and Africa (EMEA). In early 2014 and together with Carlson, Rezidor launched the new brands Radisson RED (lifestyle select) and Quorvus Collection (luxury). In 2016, Rezidor acquired 49% of prizeotel. Rezidor has an industry-leading Responsible Business Program and was named one the World’s Most Ethical Companies by the US think-tank Ethisphere.
In November 2006, Rezidor was listed on the Nasdaq Stockholm, Sweden. HNA Tourism Group Co., Ltd., a division of HNA Group Co., Ltd.—a Fortune Global 500 company with operations across aviation, tourism, hospitality, finance and online services among other sectors—became the majority shareholder in December 2016.