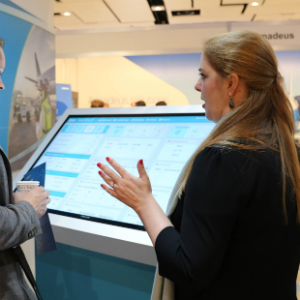 For the second consecutive year, QAS participated in what is widely recognised as the most prestigious event on the ground handling industry calendar, the IATA Ground Handling Conference (IGHC).

QAS welcomed hundreds of delegates to its exhibition stand where the company showcased its premium ground handling services, in particular the Centralized Load Control (CLC), which QAS recently announced the opening of their first international CLC office in New Delhi, India. This is the first step towards QAS’s international expansion plans, which were announced at the same conference last year.

QAS Senior Vice President, Mehmet Murat Nursel, said, “We are very proud of this year’s participation at the conference. The IGHC plays an important role as a platform for all industry leaders to come together and discuss issues related to ground handling and aviation.”

In addition to participating in the conference, Qatar Airways and QAS were proud to be the main sponsors of the evening gala dinner, enabling delegates to network and enjoy the entertainment put on the conference’s Spanish hosts.

In 2018, the conference was hosted by Qatar Airways and Qatar Aviation Services and took place at Doha, Qatar, making it the first conference of its kind to be hosted in the Middle East North Africa (MENA) region. The event drew more than 700 international delegates and guests from more than a dozen nations globally.

Qatar Airways, the national carrier of the State of Qatar, is celebrating more than 20 years of Going Places Together with travellers across its more than 160 business and leisure destinations on board a modern fleet of more than 250 aircraft. The world’s fastest-growing airline will add a number of exciting new destinations to its growing network this year, including Lisbon, Portugal; Malta; Rabat, Morocco; Langkawi, Malaysia; Davao, Philippines; Izmir, Turkey; and Mogadishu, Somalia.