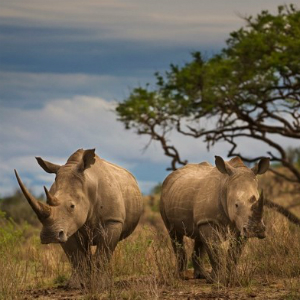 Qatar Airways attends a meeting of the United for Wildlife Transport Taskforce at Lancaster House, London

Airline signed the Buckingham Palace Declaration in 2016, demonstrating its commitment to protecting wildlife from illegal trade and transportation

DOHA, Qatar, 2017-Nov-06 — /Travel PR News/ — Qatar Airways attended a meeting of the signatories to the United For Wildlife Transport Taskforce Buckingham Palace Declaration hosted by the United Kingdom’s Foreign and Commonwealth Office and in the presence of HRH The Duke of Cambridge and the Rt Hon. the Lord Hague of Richmond at Lancaster House in London on Wednesday 1 November 2017.

Acknowledging the scale and complexity of the challenge of illegal wildlife transportation, Qatar Airways signed the Buckingham Palace Declaration in March 2016 as one of a small group of aviation industry leaders invited to attend the signing ceremony in London, to demonstrate their commitment to protecting wildlife from illegal trade and transportation.

Qatar Airways has a policy of zero tolerance towards the illegal transportation of endangered species through its network and is dedicated to delivering its commitment to the Declaration, including raising employee and passenger awareness of illegal wildlife transportation, improving detection of illegally transported wildlife and sharing intelligence and best practice within the industry.

Qatar Airways Group Chief Executive, His Excellency Mr. Akbar Al Baker, said: “Qatar Airways remains faithful to our commitments to the Buckingham Palace Declaration. Since signing the Declaration, we have ramped up efforts on all fronts in the fight against illegal wildlife trafficking. This month we launched an extensive passenger awareness campaign, and our customers will start to notice our new wildlife posters appearing at our Doha hub, Hamad International Airport, and at strategically selected outposts worldwide. Passengers will find more information on-board with a new video appearing on our in-flight entertainment system, Oryx One, and a feature length article included in the November issue of our in-flight magazine, Oryx.”

Qatar Airways is also in the final stages of developing a specially tailored e-learning package to improve the capacity of its workforce to identify and manage suspicious activity relating to illegal wildlife transportation. The training, which will be rolled out later this year, will be targeted at staff most likely to encounter illegal wildlife trafficking, including cargo and customer-facing roles.

Qatar Airways Cargo, the third largest air cargo carrier in the world, implements rigorous procedures in their requirements of consignors, in an enhanced effort to prevent and detect misconsignment, one of the primary ways that this illegal trade is carried out.

The illegal trade of wildlife is the fourth largest black market in the world—worth approximately USD $20 billion annually—and affects more than 7,000 species of animals and plants. Criminal organisations involved in wildlife trafficking are often directly connected to other trafficking networks, including the smuggling of narcotics, arms and people. Wildlife traffickers regularly exploit the increasing connectivity of global transportation, threatening human health and security, creating risk throughout industry supply chains and pushing animal species into extinction.

Aware of the scale of this problem, Qatar Airways has developed a global collaborative network including government authorities, international regulators and sector experts such as the USAID ROUTES Partnership (Reducing Opportunities for Unlawful Transport of Endangered Species). It also maintains highly cooperative relationships with other international carriers, freight forwarders and customs agents to ensure transparency and effective information exchange and to increase deterrence and detection of this criminal activity.