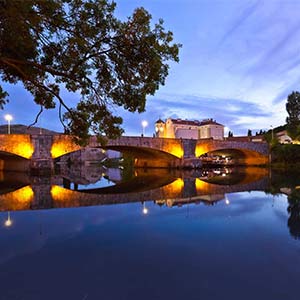 The capital of Bosnia and Herzegovina is now becoming the latest must-see destination for leisure travellers, combining its rich history with a modern atmosphere to offer a unique cultural mix. Visitors can experience stunning views of the city and surrounding mountains from one of Sarajevo’s many viewing platforms, and visit Baščaršija, an Ottoman bazaar in the heart of the city boasting many remarkable historical and cultural sights.

Qatar Airways Group Chief Executive, His Excellency Mr. Akbar Al Baker said: “Launching flights to Sarajevo is a significant step toward increasing our presence in Eastern Europe, and will provide our passengers with a new and exciting route to and from this remarkable city. It is also tangible proof of our ongoing commitment to expand our global network. Adding Sarajevo to our global network will allow passengers in Bosnia-Herzegovina to connect to more than 150 destinations worldwide through our five-star hub, Hamad International Airport.”

The service between Doha and Sarajevo will be operated four times a week by an Airbus A320, featuring 12 seats in Business Class and 132 seats in Economy Class. As well as enjoying the award-winning in-flight service on board the Skytrax Airline of the Year 2017, passengers flying on board will also have access to Oryx One, Qatar Airways’ in-flight entertainment system offering the latest blockbuster movies, TV box sets, music, games and much more.

An exciting year for the airline continues with a total of 26 new destination launches set to take place through the rest of 2017 and into 2018, with new flights starting to Canberra, Australia; Chiang Mai, Thailand; Rio de Janeiro, Brazil; San Francisco, U.S; and Santiago, Chile, to name a few.

Qatar Airways, the national carrier of the State of Qatar, is one of the fastest growing airlines operating one of the youngest fleets in the world. Now in its 20th year of operations, Qatar Airways has a modern fleet of 200 aircraft flying to business and leisure destinations across six continents.