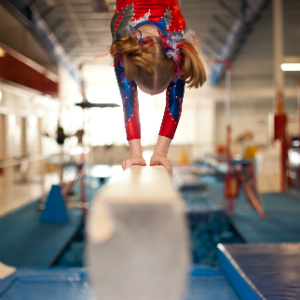 DOHA, Qatar, 2018-Oct-29 — /Travel PR News/ — Qatar Airways is pleased to be the National Airline Sponsor of the highly-anticipated 48th World Artistic Gymnastics Championships. The competition, taking place from 25 October-3 November 2018, will bring more than 600 male and female gymnasts from 78 countries to compete across 10 days at the state-of-the-art Aspire Academy Dome in Doha, Qatar.

Multiple Olympic gold medalist Simone Biles of the United States leads the lineup of competitors at this year’s championship, and will compete against several of the world’s top gymnasts during the thrilling 10 day championship, including Angelina Melnikova of Russia, Luo Huan of China and Rebeca Andrade of Brazil.

Qatar’s very own gymnasts, Ahmad Al-Dayani, Ahmed Nabil and Jana Al Kiki are also participating in the championship, where all eyes will be on the world’s top athletes to see who will take home the winning title. Gymnasts will be competing in the following events: floor, pommel horse, rings, vault, parallel bars, and balance beam, among many others.

Qatar Airways Group Chief Executive, His Excellency Mr. Akbar Al Baker, said: “Qatar Airways is delighted to be bringing some of the world’s most talented gymnasts to Qatar to display their incredible talents  at the 48th World Artistic Gymnastics Championship. We are proud to be the National Airline Sponsor of this exciting global event, which is a major highlight on Qatar’s sporting calendar and supports the nation’s emergence as a world-class sports destination.

“We believe in the power of sport and its ability to bring people together, and we are certain that this event will inspire the next generation of gymnasts across Qatar and the Middle East. We wish all of Qatar’s gymnasts the best of luck in this year’s championship.”

Executive Director of the Organising Committee, Mr. Ali Al-Hitmi, said: “The Local Organising Committee of the 48th World Artistic Gymnastics Championships is excited to host this global event in Qatar, the first of its kind in the Middle East, which will surely raise Qatar’s sporting profile on a global scale. Our commitment to this World Championship demonstrates our country’s ability to amaze the world with our world-class facilities and warm hospitality. We welcome visitors of all ages to watch the competition, and wish all athletes the best of luck.”

Qatar Airways holds an extensive global sports portfolio, sponsoring some of the biggest teams around the world. In addition to its existing partnership with the German football club giants FC Bayern München AG, for which it is a Platinum Partner, Qatar Airways also recently revealed multi-year sponsorship agreements with Italian football club AS Roma and with Argentinian football club Boca Juniors, making it the Official Jersey Sponsor of both teams.

Qatar Airways is one of the world’s fastest-growing airlines, with a modern fleet of more than 200 aircraft flying to business and leisure destinations across six continents. The award-winning airline recently revealed a host of upcoming new global destinations, including Gothenburg, Sweden; Da Nang, Vietnam and Mombasa, Kenya.