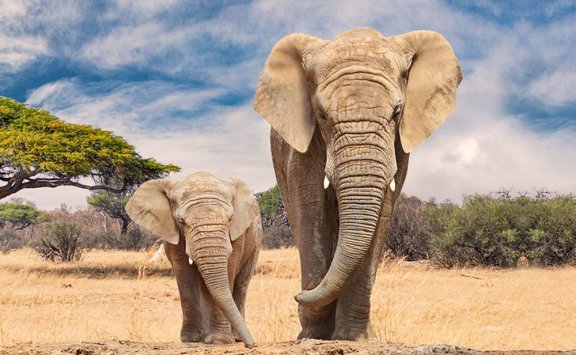 Qatar Airways, a founding member of the United for Wildlife Transport Taskforce, signed the historic Buckingham Palace Declaration on 2016, aimed at taking real steps to shut down the routes exploited by traffickers of the illegal wildlife trade, to move their products. Subsequently in May 2017, the airline went on to sign the first Memorandum of Understanding with the ROUTES Partnership. In May 2019, Qatar Airways became the world’s first airline to achieve certification to the Illegal Wildlife Trade (IWT) Assessment. The IWT Assessment certification confirms that Qatar Airways has procedures, staff training and reporting protocols in place that make the smuggling of illegal wildlife products more challenging.

The Illegal Wildlife Trade (IWT) Assessment was developed by the International Air Transport Association (IATA), with the support of ROUTES, as part of IEnvA – IATA’s environmental management and evaluation system for airlines. Compliance with the IWT IEnvA Standards and Recommended Practices (ESARPs) enables airline signatories to the United for Wildlife Buckingham Palace Declaration to demonstrate that they have implemented the relevant Commitments within the Declaration.

Qatar Airways Group Chief Executive, His Excellency Mr. Akbar Al Baker, said: “The illegal and unsustainable wildlife trade threatens our global biodiversity, and poses a risk to health and safety, particularly in marginalised communities. We are taking measures to disrupt this illicit trade in order to conserve biodiversity and safeguard our delicate ecosystems. We remain committed with other aviation industry leaders to emphasise our zero-tolerance policy towards illegal trafficking of wildlife and its products, and we join the ROUTES Partnership in saying – ‘It Doesn’t Fly With Us’. We will continue to work with our stakeholders to raise awareness and improve detection of illegal wildlife activities to protect these creatures that we value.”

Mr. Crawford Allan, the ROUTES Partnership Lead, welcomed the leadership Qatar Airways has shown in efforts to prevent wildlife trafficking saying: “Through its actions on raising awareness, training and including wildlife trafficking within its policies, Qatar Airways has demonstrated its commitment to the Buckingham Palace Declaration and to the goal of the ROUTES Partnership. I am proud to see that Qatar Airways is continuing these efforts and being part of a growing number of companies to say It Doesn’t Fly With Us.”

The COVID-19 pandemic has shown that wildlife crime is a threat not only to the environment and biodiversity, but also to human health. Despite restricted travel, reports of illegal wildlife seizures over the past year have revealed that traffickers are still taking their chances to smuggle contraband through the air transport system. Qatar Airways recognises that with support from the USAID ROUTES partnership, the air transport industry can move towards a greener planet that includes ecosystems and wildlife conservation, essential parts of a thriving wildlife economy with and for local communities.

As an inaugural signatory to the Buckingham Palace Declaration in March 2016 and a founding member of the United for Wildlife Transport Taskforce, Qatar Airways has a zero-tolerance policy towards the transportation of illegal wildlife and their products. Qatar Airways Cargo launched the second chapter of its sustainability programme WeQare: Rewild the Planet earlier this year, focused on transporting wild animals back to their natural habitat, free of charge. The cargo carrier’s initiative to preserve wildlife and rewild the planet is aligned with the airline’s commitment to fight wildlife trafficking and illegal trade of wild animals and thereby protect the environment and planet Earth.

Hamad International Airport (HIA), the airline’s home and hub, was recently announced as the “World’s Best Airport” in the Skytrax 2021 World Airport Awards. HIA has been steadily rising in the ‘World’s Best Airports’ rankings since the start of its operations in 2014.