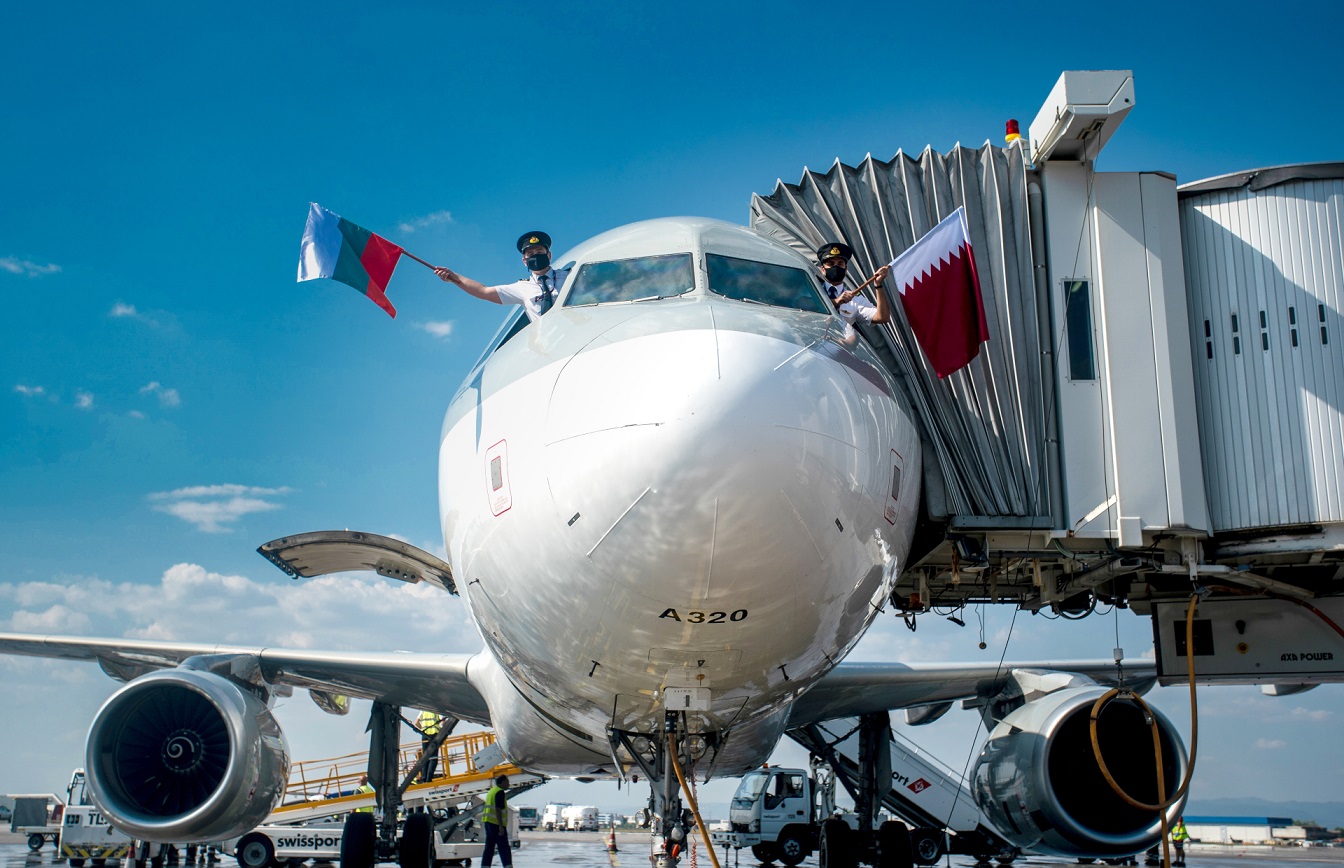 Qatar Airways’ Group Chief Executive, His Excellency Mr. Akbar Al Baker, said: “We have long been proud to serve Bulgaria and connect this beautiful country with our global route network. I knew when we first began flying to Sofia that this was the start of a strong and enduring relationship. Over the years we have witnessed the benefits of our services to Bulgaria that extend well beyond our mission of bringing people together. Our flights have enabled travellers from around the world to experience Bulgaria’s hospitality and cultural history while supporting the export of Bulgarian products to overseas markets.

“It is a testament to both strong demand and our deep commitment to the country, that we are set to recommence direct flights between Doha and Sofia, from December this year.”

Sofia Airport’s Chief Executive Officer CEO Jesus Caballero said: “We are extremely happy that we are serving the Doha to Sofia route with our partner Qatar Airways. It allows business and leisure customers to explore our beautiful capital of Bulgaria or the seaside cities of Varna and Bourgas thanks to the codeshare between Qatar Airways and Bulgaria Air with flight connections from Sofia. Our long-term partnership with Qatar Airways means so much to us and we look forward to strengthening it especially in 2022 when the FIFA World Cup™ will take place in Qatar.”

The flights have also helped boost Bulgarian trade connections over the past decade and currently Qatar Airways Cargo offers more than 10 tonnes cargo capacity each week, each way on flights operating on the route.

2011 – The airline began flying to Sofia four times a week via Bucharest, Romania using an A320.

2014 – Start of daily service between Sofia and Doha.

2015 – The flights were tagged with a stop in Belgrade, Serbia.

2016 – Direct flights began increasing to double daily before the start of the pandemic.

2020 – October, flights resume post-Covid 19, as a tag on service with Bucharest, Romania.

2021 – From 16 December, flights are set to run non-stop again from Doha to Sofia, four times a week.

Bulgaria has placed a strong emphasis on an environmentally responsible recovery from the pandemic, and Qatar Airways equally recognises the importance of environmental leadership to save our planet. The airline is constantly exploring sustainable approaches to aviation, and its investments in the most fuel-efficient aircraft – including the Airbus A350 and Boeing 787 – underscore Qatar Airways’ commitment to achieving net zero carbon emissions by 2050.

The award-winning service that has earned Qatar Airways the accolade of Airline of the Year is delivered by a cosmopolitan flight and cabin crew, including Bulgarian nationals who have a strong tradition of serving the airline.

The national carrier of the State of Qatar continues to rebuild its network, which currently stands at over 140 destinations. With more frequencies being added to key hubs, Qatar Airways offers unrivalled connectivity to passengers, making it easy for them to change their travel dates or destination as required. And of course, customers can benefit from the flexible booking conditions which are now in place until May 2022.

A multiple award-winning airline, Qatar Airways was named ‘World’s Best Airline’ in the latest World Airline Awards, managed by the international air transport rating organisation Skytrax. The airline’s hub, Hamad International Airport (HIA), was recently recognised as the ‘Best Airport in the World 2021’, ranking at number one in the Skytrax World Airport Awards 2021.

Qatar Airways is the first global airline to achieve the prestigious 5-Star COVID-19 Airline Safety Rating by Skytrax. This follows the success of Hamad International Airport (HIA) as the first airport in the Middle East and Asia to be awarded a Skytrax 5-Star COVID-19 Airport Safety Rating. Full details of the measures implemented on board and at HIA, please visit qatarairways.com/safety.

Hamad International Airport (HIA), the airline’s home and hub, was recently announced as the “World’s Best Airport” in the Skytrax 2021 World Airport Awards. HIA has been steadily rising in the ‘World’s Best Airports’ rankings since the start of its operations in 2014.