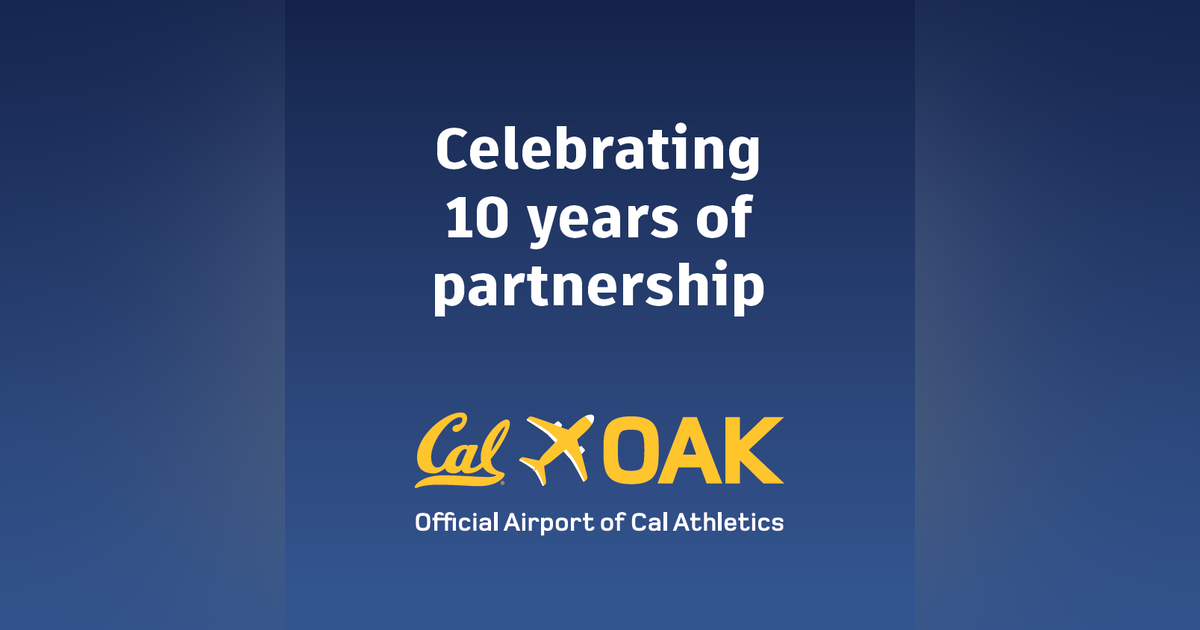 Oakland, Calif., 2021-Sep-09 — /Travel PR News/ — With UC Berkeley students back on campus and as the college football season kicks off, Oakland International Airport and Cal Athletics are celebrating the ten-year anniversary of their partnership.

“We’re especially proud of our association with Cal Athletics and the distinction of excellence and achievement that Cal represents.” says Bryant L. Francis, Port of Oakland Director of Aviation. “OAK is the home airport for Berkeley and the university generates a significant amount of passenger traffic including the wide range of staff and team travel that Cal Athletics does throughout the year.”

The innovative partnership began a decade ago when Oakland International Airport became the Official Airport of Cal Athletics. Elements of the deal include a multimedia advertising program, airport parking and support for team and staff travel through OAK which is the closest and most convenient airport for students, parents, faculty, and staff. This anniversary comes at a particularly exciting time for Cal, as the Golden Bears’ first home football game will be held on September 4th at California Memorial Stadium.

“The relationship between OAK and Cal Athletics unites two iconic brands in the East Bay. This partnership has grown the awareness of OAK throughout our entire campus community and has positioned OAK as the airport of choice for Berkeley,” says Joe Mulford, Senior Associate Athletic Director and Chief Revenue Officer. “Travelers in and out of OAK are welcomed to the East Bay knowing it’s Bear Territory. As we exit a tough year and this partnership enters its 10th year, we look forward to welcoming fans back to Berkeley and telling them again to Fly the East Bay Way,” added Mulford.

Oakland International is the main airport for the greater East Bay, the most populated area in the metropolitan San Francisco Bay area. It is the closest airport to most Bay Area employers. By roadway and BART air-rail, OAK enables excellent access to all of the region’s business, entertainment and tourism venues. The vision of Oakland International Airport is to be the airport of choice for San Francisco Bay Area residents and visitors alike. OAK is operated by the Port of Oakland, which also oversees the Oakland seaport and 20 miles of East Bay waterfront. Together with its business partners, the Port supports more than 84,000 jobs in the region with more than a $130 billion economic impact. Updates about travel during the COVID19 pandemic, current departure and arrival information, airport maps, and details about on-airport parking, shopping and dining and more, can be found at  www.oaklandairport.com. Follow us on Facebook, Twitter, and Instagram.