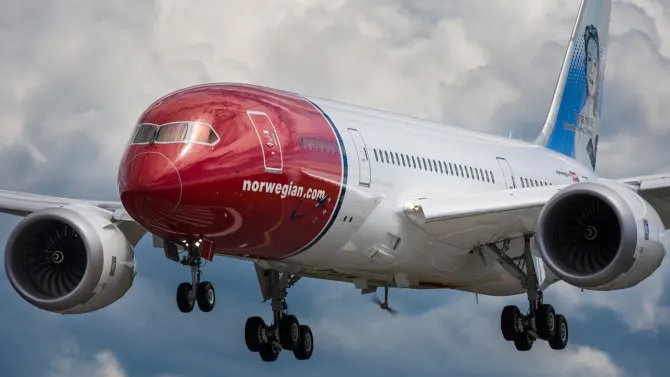 Norwegian to serve Miami and San Francisco from London Gatwick from 31 March, 2019

The airline will operate daily flights to Miami, up from four-weekly services to Fort Lauderdale last summer and five-weekly services to San Francisco. The change in airport destination reflects customer demand and the increased cargo capabilities these airports offer Norwegian Cargo.

Voted Skytrax 2018 World’s Best Low-Cost Long-Haul Airline and Europe’s Best Low-Cost Airline, Norwegian will have 32 Boeing 787 Dreamliner aircraft in its fleet by the end of 2018 which are operated on its long-haul routes. Norwegian serves more destinations in the USA nonstop from Gatwick Airport than any other airline.

Norwegian’s summer 2019 network will feature 13 long-haul routes including a brand-new route between the UK and Brazil.

Matthew Wood, SVP Commercial at Norwegian said: “We are delighted to meet the strong demand for our transatlantic flights by announcing that Miami and San Francisco will join Rio de Janeiro as part of our summer 2019 flight schedule.

“By also increasing frequency on popular routes next summer, we will provide customers with more choice, smoother connections and exceptional value at affordable fares across Europe, the USA and South America.”

Stephen King, Head of Airline Relations; Gatwick Airport, said: “These new Miami and San Francisco routes will fly passengers straight into the heart of two of America’s most iconic city destinations. In all, Norwegian will fly to 11 US destinations from Gatwick next summer, which gives passengers both tremendous choice and exceptional value as the airline offers some of the most competitive long-haul airfares around.”

Small frequency reductions will apply to two routes that will free up Boeing 787 Dreamliner capacity, in light of industry-wide mandatory inspections of a specific Rolls Royce engine type. The Los Angeles route will reduce to a daily service and the Chicago route will reduce to four flights per week.

Norwegian was ranked the most fuel-efficient airline on transatlantic routes by The International Council on Clean Transportation (ICCT). The airline carries more than 5.8 million UK passengers each year to over 50 global destinations. Norwegian has one of the youngest aircraft fleets in the world with an average age of 3.7 years.