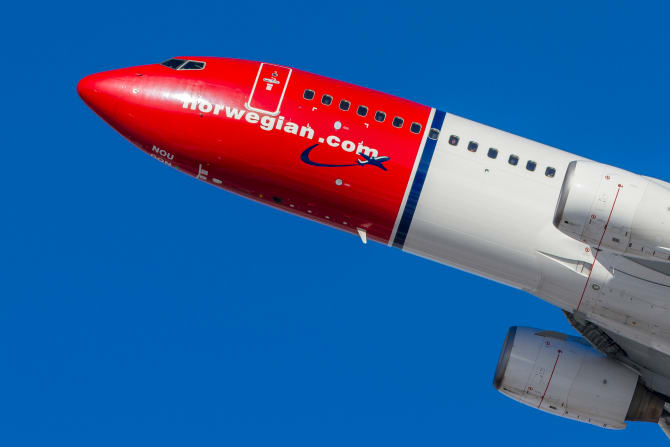 Fornebu, Norway, 2017-Jul-04 — /Travel PR News/ — Norwegian will this weekend launch a series of never-before-seen routes from three Irish airports to the US East Coast – from today (Saturday 1st July) the first transatlantic flight in Cork Airport’s history will take-off together with brand new routes from both Shannon and Dublin.

Earlier this year, Norwegian announced 19 new weekly transatlantic flights from Cork, Shannon and Dublin with the new routes quickly becoming some of the airline’s fastest selling ever. The new flights will serve the smaller US airports of Stewart International and Providence on the US east coast, which offer good access into the New York, Boston and New England areas but carry significantly lower landing charges, allowing Norwegian to offer some truly affordable fares. Flights are still available this year from €129 one way or €230 return.

This weekend, a range of activity will take place at Cork, Shannon and Dublin to mark the historic inaugural flights from each airport including:

The first ever transatlantic flights from Cork

Norwegian CEO Bjorn Kjos said: “We are delighted to finally launch these new transatlantic routes which simply wouldn’t have been possible without the huge support from across Ireland over the last 3 years. Travel should be affordable for all so these new transatlantic flights offer more choice and lower fares that will allow as many Irish passengers as possible to fly. We also look forward to welcoming thousands of American travelers into Ireland over the coming weeks, ensuring our new routes also offer a huge boost to Irish tourism, business and hospitality.”

Cork Airport Managing Director Niall MacCarthy said: “The official history of Cork Airport was last published in 2011 in a book entitled “Fifty Years have Flown”. Today a new chapter can be added to that book. From today, you can now fly year round to the East Coast of the United States of America direct from Cork Airport, but even more importantly, thousands of US visitors can land right here in Cork to start their journey on the Wild Atlantic Way and Ireland’s Ancient East. This will bring jobs, revenue and tourism growth directly to businesses and towns throughout the South of Ireland and grow our regional economy.”

Matthew Thomas, CEO of Shannon Group, which owns and operates Shannon Airport, said: “Shannon Airport is proud to welcome Norwegian to Shannon. The introduction of low-cost transatlantic flying is another major milestone for our passengers. The new services open up exciting opportunities for Irish people to explore amazing parts of the States and for US visitors to explore our Wild Atlantic Way. We look forward to working closely with Norwegian to ensure the success of the services, which we are confident will pave the way for many more great things to come.”

“We are delighted to see Norwegian’s route network go from strength to strength at Dublin Airport with the addition of these two new transatlantic services to Stewart International and Providence, Rhode Island launching this weekend,” said Dublin Airport Managing Director Vincent Harrison. “Passengers travelling on Norwegian’s new services will use US preclearance facilities at Dublin, meaning passengers save time on arrival in the US by completing all the necessary immigration and customs checks prior to departure. The only queue a precleared passenger encounters on arrival in the US is the taxi queue to their final destination,” he added.

All bookings on Norwegian’s transatlantic flights from Dublin and Shannon include use of the U.S Preclearancefacilities at each airport, allowing passengers landing in the US to be treated as domestic arrivals, so that they can avoid immigration queues and pick up their bags and go.

For passengers travelling to Stewart International, a new direct shuttle service into central New York City is now in place. The new service, operated by Coach USA, has been timed to meet Norwegian’s flight arrivals at Stewart Airport, allowing passengers to take a direct journey into central Manhattan.

For passengers flying to Providence Airport, a range of road, rail and bus links make Boston just 90 minutes away, with key New England areas such as Cape Cod, Nantucket and Martha’s Vineyard also within reach. Full details on other tourist attractions served by the new routes are available here.