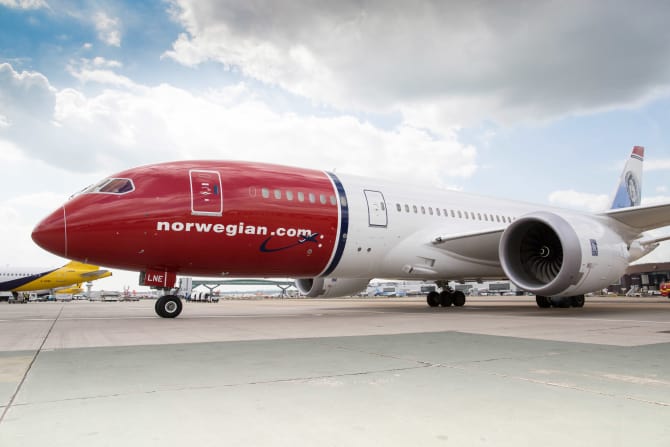 The new flight departs London Gatwick in the morning and arrives into John F Kennedy airport for 9am. Jet setters can then spend the whole day exploring the city before returning on the 11pm ‘red eye’ from JFK, landing back to London Gatwick the following day – perfect for a weekend break.

Flights direct to New York City from London Gatwick start from £149 one-way and £259 return for a LowFare economy ticket or £419 one-way and £759 return in Premium including all taxes and charges.

For most travellers, New York likely conjures up images of the City’s many classic attractions – Times Square, the Empire State Building, Rockefeller Centre, but in 2017 the beating heart of Manhattan is set to see the opening of some brand-new landmark attractions:

Thomas Ramdahl, Chief Commercial Officer said: “As Norwegian’s rapid growth in the UK continues we are excited to offer passengers the chance to experience New York City in just one day, with the launch of our second daily flight to New York. The new service is perfect for leisure travellers looking to tick off those bucket list experiences in 24 hours or for business travellers heading to the city for the day.”

“We know that the city break is already the favourite holiday type for travellers from the UK – New York City’s number one international visitor market, and we’re delighted that the trend for New York City as a long-haul city break is set to continue to rise further” said Fred Dixon, NYC & Company,   President and CEO.“Thanks to the introduction of new aircraft like Norwegian’s having made longer journeys more attractive and the new flight allows visitors to arrive earlier in the day, short city breaks to experience the new midtown along with attractions throughout New York City’s five boroughs are becoming even more appealing”.

In addition to the new double daily service to New York, Norwegian also expanded its award-winning USA flights from London Gatwick by 55 per cent for this summer to offer 34 direct flights per week from Gatwick. This includes a daily service to Los Angeles and increases on the popular Oakland-San Francisco, Orlando and Fort Lauderdale routes.

Norwegian carries more than 5 million UK passengers each year from 5 UK airports, to over 50 global destinations. The airline has one of the youngest aircraft fleets in the world with an average age of 3.6 years, and more than 200 new aircraft on order. Earlier this summer it was announced that Norwegian has been awarded the ‘World’s best low-cost long-haul airline’ for three consecutive years at the SkyTrax World Airline Awards.

Flights are available to book at www.norwegian.com/uk or for more information on New York City please visit www.nycgo.com