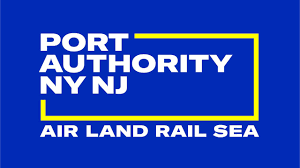 New York City, New York, United States, 2021-Oct-01 — /Travel PR News/ — Newark Liberty International Airport has reopened one of its major runways after a three-month closure to repave the surface and add key upgrades. With the reopening, all airport runways are again operational during peak hours while auxiliary work, including taxiway and lighting improvements, will continue off peak into the spring of 2022.

Originally set to reopen October 1, the runway returned to service on Monday, five days ahead of schedule. The work was accelerated to take advantage of reduced flight schedules resulting from the COVID-19 pandemic. Before the pandemic, the runway, which serves as a primary landing facility at Newark Liberty, handled nearly 50 percent of the airport’s flight activity.

The additional work scheduled into next year during off-peak hours will upgrade the Ground Based Augmentation System power infrastructure and provide replacement and installation of fixtures and associated electrical infrastructure for the remaining runway and taxiway lighting systems.

The $84.2 million project, staged in consultation with Federal Aviation Administration and the airlines to minimize operational impacts, includes:

2021 marks the Port Authority of New York and New Jersey’s Centennial Year. The bi-state agency builds, operates, and maintains many of the most important transportation and trade infrastructure assets in the country. Founded in 1921, the agency’s network of aviation, ground, rail, and seaport facilities is among the busiest in the country, supports more than 550,000 regional jobs, and generates more than $23 billion in annual wages and $80 billion in annual economic activity. The Port Authority also owns and manages the 16-acre World Trade Center site, where the 1,776-foot-tall One World Trade Center is now the tallest skyscraper in the Western Hemisphere. The Port Authority receives no tax revenue from either the State of New York or New Jersey or from the City of New York. The agency raises the necessary funds for the improvement, construction or acquisition of its facilities primarily on its own credit. For more information or for updates from the Now Arriving blog, please visit https://www.panynj.gov/blog.