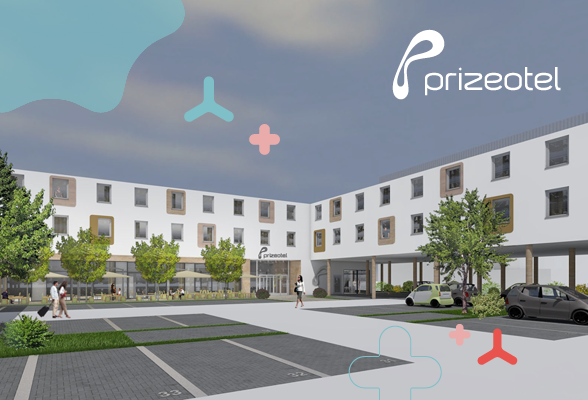 Belgium, 2017-Apr-30 — /Travel PR News/ — The expansion of prizeotel continues through the joint venture with The Rezidor Hotel Group. The group is proud to announce a new prizeotel near the Munich Airport in the Hallbergmoos municipality. prizeotel Munich Airport will open in early 2019. Karim Rashid, the renowned New York based designer and the brand curator, will once again showcase his ‘designocrasy’ at the new prizeotel.

With the signing of a new prizeotel in Munich, Founder & CEO Marco Nussbaum introduces 160 brand new rooms for the design-oriented but price conscious guests in Bavaria’s capital and home to the famous Oktoberfest. The new prizeotel is situated less than 10 minutes from the airport by car and will provide 80 parking spaces for guests. Munich Airport is one of the busiest and most important travel hubs in Europe, hosting more than 42 million passengers annually.

“The new prizeotel in the heart of Bavaria is another evidence of our continued success story with The Rezidor Hotel Group, with whom we have already realized three projects in a span of 11 months”, said Marco Nussbaum. prizeotel currently operates 555 rooms in Hamburg, Bremen and Hannover, with an additional 995 rooms in the pipeline. Future prizeotels are under construction in Hamburg St. Pauli, Erfurt ICE city and Bern.

prizeotel is an economy hotel brand, high on design and functionality. The brand concept is based on an urban flair and innovative, customer-friendly technology with free, high-speed Internet; mobile check-in; etc.

Elie Younes, Executive Vice President and Chief Development Officer of The Rezidor Hotel Group, looks forward to the new Munich location: “With prizeotel, we are offering our guests an innovative, exceptional and credible hospitality experience in the economy segment,” he says. “We are also offering our investment partners a sustainable and compelling real estate investment proposition through a contained investment cost and attractive fixed income.”

About The Rezidor Hotel Group

The Rezidor Hotel Group is one of the most dynamic hotel companies in the world and a member of the Carlson Rezidor Hotel Group. The group features a portfolio of more than 480 hotels in operation or under development with 105,000 rooms in 80+ countries.

Rezidor operates the core brands Radisson Blu® and Park Inn® by Radisson in Europe, the Middle East and Africa (EMEA), along with the Club CarlsonSM loyalty program for frequent hotel guests. In early 2014 and together with Carlson, Rezidor launched the new brands Radisson RED (lifestyle select) and Quorvus Collection (luxury). In 2016, Rezidor acquired 49% of prizeotel. Rezidor has an industry-leading Responsible Business Program and was named one the World’s Most Ethical Companies by the US think-tank Ethisphere.

In November 2006, Rezidor was listed on the Nasdaq Stockholm, Sweden. HNA Tourism Group Co., Ltd., a division of HNA Group Co., Ltd.—a Fortune Global 500 company with operations across aviation, tourism, hospitality, finance and online services among other sectors—became the majority shareholder in December 2016.

prizeotel is an economy design hotel brand, founded in Germany in 2006 by hotelier Marco Nussbaum and real estate economist Dr. Matthias Zimmermann. For the development of its properties, prizeotel cooperates closely with New York based international designer Karim Rashid. His style is evident in all the hotels, from the layout of rooms and corridors to the lobby lounge – hence the concept of signature brand hotels. In March 2016, the Belgium-based Rezidor Hotel Group purchased a 49 percent stake in prizeotel. The medium-term aim is to establish for this most unconventional, economic design hotel chain and qualitative leader a presence in the core markets of Germany and other selected international cities. Further information on www.prizeotel.com