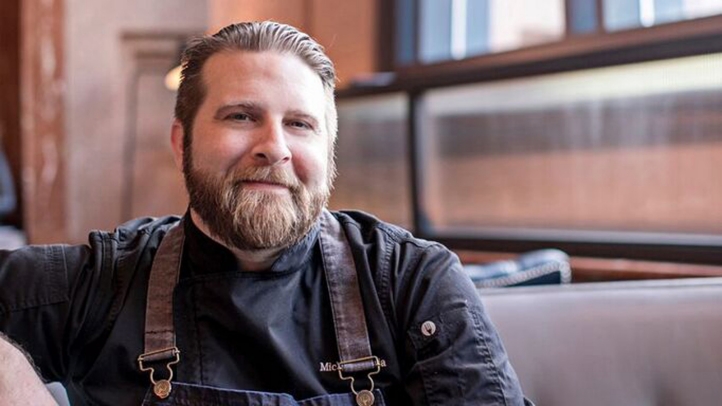 Atlanta, U.S.A, 2017-Jun-14 — /Travel PR News/ — Four Seasons Hotel Atlanta announces the appointment of Michael Patria as Executive Chef of the leading luxury hotel in the city. In his role, Patria will oversee the kitchen of breakfast destination Park 75 and its popular lunch and dinner outlet Bar Margot.

“We are delighted to welcome Chef Patria to Four Seasons Hotel Atlanta,” says General Manager Yvette Thomas-Henry. “His commitment to quality and creativity will continue to put the spotlight on Bar Margot as one of the top destinations in the city for food, service and craft cocktails.”

In addition to revamping the Bar Margot menu, the chef also curated a terrace garden at the Hotel that features a variety of herbs and flowers used in food prep. Patria is passionate about sourcing locally, which stems from his upbringing browsing local farmer’s markets. He also leads his kitchen staff in off-site visits to butchers and markets to build their creativity. Each ingredient incorporated in the menu has been designed by the chef to enhance the modern yet classic atmosphere of the food and environment.

“Good food is a reflection of the relationships with the local food community. Fresh food simply tastes better,” says Patria. “There are fewer hands involved in harvesting, transporting and fabricating, so there is certainly a fresh factor that comes into play.”

Chef Patria has honed his talent through positions in the kitchens of the The Buckhead Diner, The Ritz-Carlton Hotel San Francisco, SOHO Steakhouse, Alon’s Bakery and Market and Peasant Bistro. His most recent position was with Fifth Group Restaurants’ Ecco, where he served three years as the restaurant chef of the airport location and two years as the executive chef of the midtown location. Patria’s passion for the hotel industry brought him to Four Seasons Hotel Atlanta, where he conceptualised a new menu for Bar Margot including a new in-house charcuterie program.

Patria, a culinary graduate of Gwinnett Technical College, fell into the profession accidentally when he took a job washing dishes for extra spending money. Dishwashing turned into prep cooking, until he fell in love with the culture of the kitchen and realised that food had always been his passion. The chef’s philosophy is simple: put a modern spin on classic techniques and, most importantly, “have fun with it.”

Some of Patria’s first additions to the menu include a grilled GA shrimp, pan seared pork belly, farro fritters and grilled Spanish octopus.