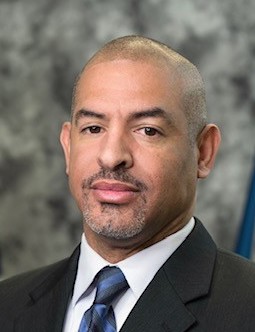 As the new vice president for Audit, Charles Turley will lead a team that conducts internal audits and advises the board of directors and CEO of the results of financial, operational and information system audits. Turley brings more than 20 years of diverse leadership experience having most recently served as a director in the assurance division at CliftonLarsonAllen, a professional services company specializing in wealth advisory, outsourcing, audit, tax and consulting services.

During his career, Turley has held roles as an audit executive, chief data officer and assistant inspector general working for notable companies and government entities, such as the U.S. Postal Service Office of the Inspector General, KPMG LLP, and the U.S. Department of Agriculture.

Stephen Stoycos has been named the new vice president for Real Estate and will be part of the Office of Engineering and Capital Development. Stoycos brings to the Airports Authority a broad 30-year management background in the real estate, asset management and hospitality businesses.

Several years prior to joining the Airports Authority, Stoycos led advisory efforts for Hotel Assest Value Enhancement, an asset management firm for the hotel industry, and worked for a private client in real estate. He also spent a decade at Choice Hotels International, Inc., where he managed the company’s global efforts in asset management, capital deployment and acquisitions/dispositions. A member of the senior leadership team, he led key client partnerships and corporate real estate investment for the company.

You may also be interested in:  SINGITA APPOINTS NEW GENERAL MANAGER OF CONSERVATION

Stoycos also worked as a senior vice president at Marriott International, Inc., where he was a business development leader and sourced, structured, negotiated and closed more than $3 billion in capital transactions. Prior to his real estate hospitality experiences, Stoycos performed various leading roles in commercial real estate capital markets. He earned a bachelor’s degree in business administration and finance from Wittenberg University.