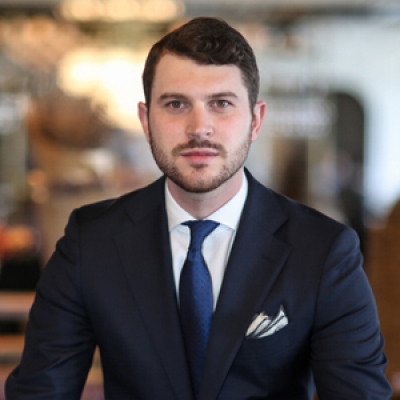 Born in France, Maxime’s passion for food kicked off at the young age of 14 years old. His dad owned a brasserie close to Paris and Maxime used to help him out on the weekends and on school holidays. He also remembers all his family reunions and how delicious his grandmother’s cooking was.

He rejoined Four Seasons in 2016 at Ten Trinity in London as their Private Club Manager and now he joins the team in Amman. Being new to the city, Maxime’s first impression of La Capitale is that it’s not only a restaurant in a dynamic city but rather a sought after destination spot, so he is very excited about building on that success.

Commenting about his career path, Maxime said, “The best career advice anyone can give or receive, is to do what you love. If you feel passionate about the work you do every day, you work harder, grow faster and share that passion with the people around you. This how the service becomes a passion and not just a job.”

With a wide range of experience in hotels and restaurants, one of the questions Maxime is always asked is his favourite cuisine. He gives a simple answer. “My favourite cuisine is any good cuisine; it doesn’t matter where it comes from. But I will never resist a delicious veal sweetbread.”