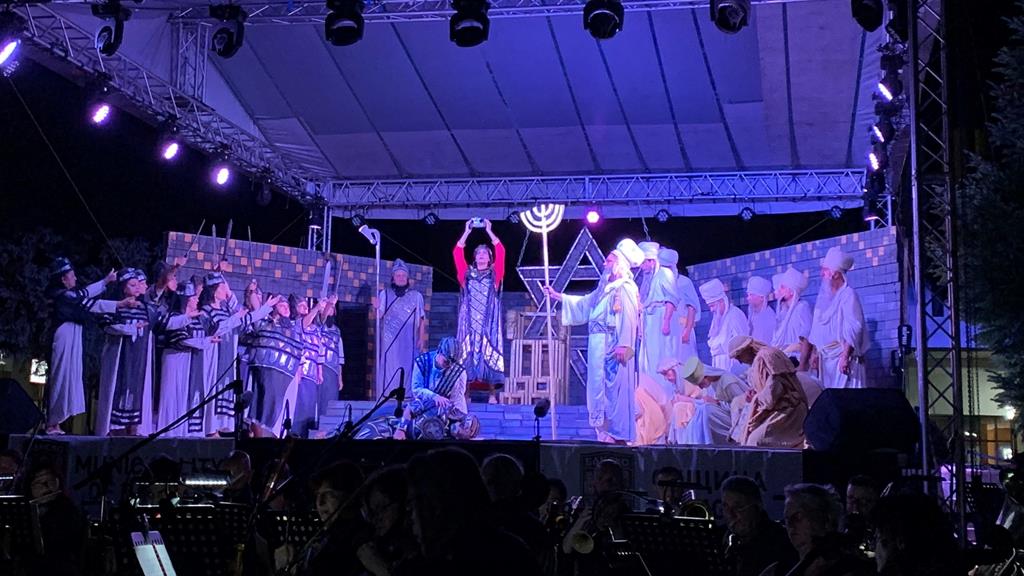 Bansko, Bulgaria, 2019-Aug-29 — /Travel PR News/ — This past weekend, Bansko was host to the tenth edition of the Bansko Opera Fest. The festival featured an amazing opening concert, “Vivaldi and the Little Otto”, on Thursday evening by Sofia Philharmonic Orchestra and Fortissimo Family Children’s Music and Education Program, with the special participation of the favourite Bulgarian actors Yulian Vergov and Gerasim Georgiev – Gero. The second evening continued with the famous opera production “Nabucco” by Giuseppe Verdi, represented by the State Opera Varna under the perfect direction of conductor Krystin Nastev. The festival ended on Saturday evening with the brilliant performance of the world-famous musical “Chicago” by Bob Fosse, performed again by the State Opera Rousse, conducted by Stratsimir Pavlov.

The festival introduced again some of the biggest names in Bulgarian opera, including Plamen Dimitrov, Dimitrinka Raicheva, Plamen Dolapchiev, Geo Chobanov, Silvia Angelova and many others. The Bansko Opera Fest turned the quiet centre of the resort into a magical feast of music, images and emotions, thanks to the fabulous scenery and beautiful performances of the musicians, the ballet dancers and the soloists.

Bansko Opera Fest took place under the open sky at the main town square. The special guest artists and the stars of Bulgarian opera were accommodated at Kempinski Hotel Grand Arena Bansko, which was amongst the main organisers of the festival, together with Bansko Municipality and music company Monte Music. Entrance, as usual, was free of charge for the audience, while the Kempinski Hotel Grand Arena Bansko guests were provided with free passes for the first rows in front of the stage.

The recently appointed general manager of Kempinski Hotel Grand Arena Bansko, Mr Christian Ruge, commented, “I am very pleased that I had the chance to be part of this beautiful cultural event, which has been supported by the hotel for ten years in a row already. Our guests were really impressed and shared with me that they would come back again next year to enjoy the Bansko Opera Fest. The festival has deservedly become one of the largest classic forums in Bulgaria, attracting more and more guests to Bansko every year.”

Being the only ski-in and ski-out hotel in the area, Kempinski Hotel Grand Arena Bansko is located in the very heart of the most popular and vibrant winter resort in the Balkans – Bansko, right across from the Gondola lift station, which gives access to 75 km of ski runs groomed at a high international level, suitable for all skiers, from complete beginners to advanced ones. The luxury hotel is the only international branded winter resort in this part of the Balkans and is open year-round. It features 157 Alpine-style rooms, including 26 suites and an exclusive Presidential Suite, fully renovated Kempinski The Spa with brand-new and unique thermal facilities, four conference rooms and eight restaurants and bars with spectacular views of the majestic Pirin Mountains. Graced with European flair, the hotel grants the ultimate Kempinski ski, gourmet and spa experience.

Created in 1897, Kempinski Hotels is Europe’s oldest luxury hotel group. Kempinski’s rich heritage of impeccable personal service and superb hospitality is complemented by the exclusivity and individuality of its properties. Kempinski now manages a portfolio of 78 five-star hotels and residences in 34 countries and continues to add new properties in Europe, the Middle East, Africa, Asia and the Americas. Each one reflects the strength and success of the Kempinski brand without losing sight of its heritage. The portfolio comprises historic landmark properties, award-winning urban lifestyle hotels, outstanding resorts and prestigious residences. Each one is imbued with the quality guests have come to expect from Kempinski while embracing the cultural traditions of its location. Kempinski is a founding member of the Global Hotel Alliance (GHA), the world’s largest alliance of independent hotel brands.