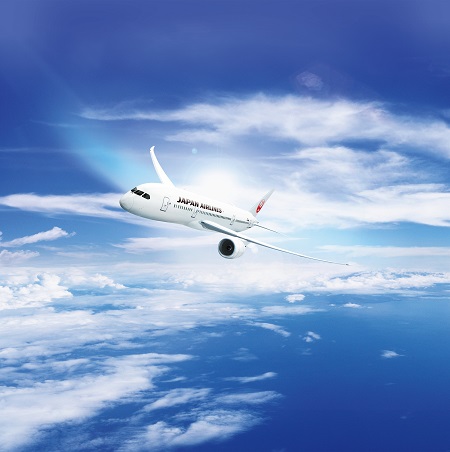 SEATTLE, 2017-Sep-27 — /Travel PR News/ — Boeing [NYSE: BA] and Japan Airlines (JAL) announced an order today for four 787-8 Dreamliners. The order, which was previously listed on the Boeing Orders & Deliveries website, attributed to an unidentified customer, is valued at more than $900 million at current list prices and will expand JAL’s Dreamliner fleet to 49 airplanes.

“This order for additional 787 Dreamliners, is a key part of our strategy as we look to bolster our existing route network and strengthen our position ahead of the 2020 Summer Olympic Games in Tokyo,” said Yoshiharu Ueki, President of Japan Airlines. “The superior noise performance of the 787 will play a critical role in meeting our commitment for quieter operations within our domestic network going forward.”

Japan Airlines currently operates the second largest 787 Dreamliner fleet in the world, with 34 airplanes. The carrier is expected to receive its 35th Dreamliner, a 787-9 later this week. With this new order, Japan Airlines’ 787 fleet include 29 787-8s and 20 787-9 airplanes.

“We are honored to partner with Japan Airlines once again as they further expand their world-class fleet with additional 787 Dreamliners,” said Kevin McAllister, President and CEO of Boeing Commercial Airplanes. “JAL has been able to successfully grow its business over the years, while generating healthy profits due to the efficiency and reliability of their 787 fleet.”

The 787 Dreamliner family is being operated on more than 530 routes, with 150 brand new nonstop routes planned or in service since the airplane began commercial service in 2011. To date, 69 customers worldwide have placed orders for 1,278 airplanes, making the 787 Dreamliner the fastest selling twin-aisle airplane in Boeing history.

About Japan Airlines:
Japan Airlines (JAL) was founded in 1951 and became the first international airline in Japan. A member of the oneworld® alliance, the airline now reaches more than 344 airports in 56 countries and regions together with its codeshare partners with a modern fleet of more than 227 aircraft. JAL Mileage Bank (JMB), the airline’s loyalty program, has reached over 31 million members worldwide. Awarded one of the most punctual major international airlines, JAL is committed to providing customers with the highest levels of flight safety and supreme quality in every aspect of its service, and aims to become the most preferred airline in the world.