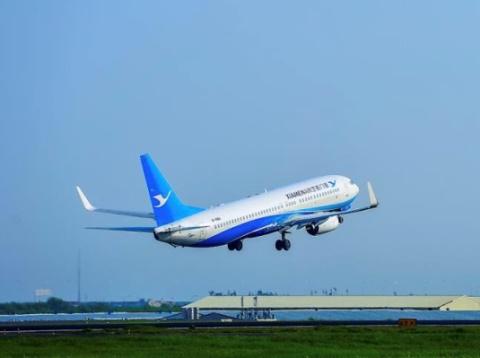 Tokyo, Japan, 2019-May-28 — /Travel PR News/ — Japan Airlines (JAL) today (May 24, 2019) announced a codeshare arrangement with Xiamen Airlines that makes travel between Japan and China much more convenient for travelers.

The codeshare arrangement will add flights between Tokyo Narita and Xiamen, as well as flights between Osaka Kansai and Xiamen, Fuzhou and Hangzhou airport. These flights will be operated by Xiamen Airlines and will be available to book from May 31, 2019.

Xiamen is a coastal city in southeast China’s Fujian province, often called the Garden of the Sea. Gulangyu Island, which is listed as a World Heritage Site, is located on the estuary of the Chiu-lung River in Xiamen, attracting tourists from around the world.

Together with Xiamen Airlines, JAL will strive to deliver a more comprehensive network in China and provide additional travel options for customers.

About Japan Airlines
Japan Airlines (JAL) was founded in 1951 and became the first international airline in Japan. A member of theoneworld® alliance, the airline now reaches 349 airports in 52 countries and regions together with its codeshare partners with a modern fleet of 230 aircraft. JAL Mileage Bank (JMB), the airline’s loyalty program, is one of the largest mileage programs in Asia. Awarded as one of the most punctual major international airlines and a certified 5-Star Airline by Skytrax, JAL is committed to providing customers with the highest levels of flight safety and quality in every aspect of its service, and aims to become one of the most preferred airlines in the world.

About Xiamen Airlines
Established in 1984 and with its headquarters located in Xiamen, a coastal city in Fujian in Southeast China, Xiamen Airlines is China’s first airline company operating under the modern enterprise system. Xiamen Airlines is operating a fleet of 206 aircraft as of April 2019. Its network of nearly 400 domestic and international routes covers China, Southeast and Northeast Asia, and reaches Europe, North America and Oceania. Over the years, the company has been making unremitting efforts to ensure aviation safety and to improve its service quality. It has now accumulated 4 million hours of accident-free flight.