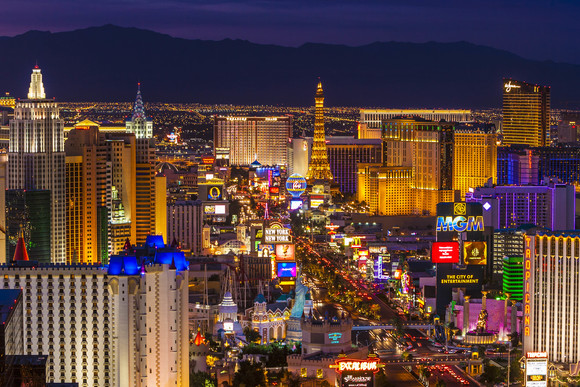 Holiday season has started with American Airlines and British Airways’ low fares from London to the U.S.

Fly with American Airlines and British Airways from London to the U.S. from just £294 return, per person.

LONDON, UK, 2018-Nov-22 — /Travel PR News/ — The holiday season has started and there is no better time to visit the United States. Fly with American Airlines and British Airways from London to Chicago, Las Vegas, Los Angeles, Miami, Orlando and Philadelphia, from just £294 return per person.

Together, American Airlines and British Airways offer up to 70 flights a day from London to the U.S. When customers fly American and British Airways across the Atlantic, they can enjoy complimentary meals and drinks from the bar, and more than 1,000 hours of entertainment at every seat, including the latest movies, television programs, music shows and binge-worthy box sets.

British Airways is investing £4.5 billion for customers, including the installation of the best quality Wi-Fi and power at every seat, fitting 128 long-haul aircraft with new interiors and taking delivery of 72 new aircraft.  American is investing more than $3 billion in the customer experience, with benefits such as the installation of Wi-Fi, which is available in every cabin on all American Airlines operated flights from London Heathrow.

Next year both airlines are launching new routes, with American’s new daily service from Heathrow to Phoenix, Arizona, taking off from March 31, 2019. The new flight will be the airline’s first trans-Atlantic flight from Phoenix.

British Airways will shortly become the only airline to offer a direct flight from the UK to Pittsburgh. From April 2, 2019, the airline will launch a year-round, four-per-week service to the Pennsylvanian city from Heathrow. From April 4, 2019, customers can also swing their way to charming Charleston, South Carolina, as the airline is also launching a two-per-week summer service from Heathrow and will be the only airline flying direct between Europe and the southern U.S. city.

For more information and to book, please visit aa.com/lowfares

Notes to editors:
Iberia and Finnair are also part of the North American Joint Business Agreement on routes between Europe and North America. Together, the four airlines offer their customers more travel choices: up to 134 departures a day linking 34 North American cities to 22 European cities. Among other benefits, customers can mix and match flights operated by any of the four carriers to get the best deals and enjoy smoother connections through coordinated schedules. Members of the airlines’ loyalty programmes have also more chances to earn and redeem miles, points or Avios.

About American Airlines Group
American Airlines and American Eagle offer an average of nearly 6,700 flights per day to nearly 350 destinations in more than 50 countries. American has hubs in Charlotte, Chicago, Dallas/Fort Worth, Los Angeles, Miami, New York, Philadelphia, Phoenix, and Washington, D.C. American is a founding member of the oneworld® alliance, whose members serve more than 1,000 destinations with about 14,250 daily flights to over 150 countries. Shares of American Airlines Group Inc. trade on Nasdaq under the ticker symbol AAL. In 2015, its stock joined the S&P 500 index. Connect with American on Twitter @AmericanAir and at Facebook.com/AmericanAirlines.

About British Airways
British Airways is the UK’s largest international airline and one of the world’s leading global premium carriers. Its principal place of business is London, the world’s largest premium travel market, with significant presence at Heathrow, Gatwick and London City Airports. It is expanding its schedule from Stansted, Manchester, Birmingham and Bristol Airports. British Airways’ main home at Heathrow is Terminal 5, regularly voted by passengers as the world’s best airport terminal in international surveys. British Airways carries more than 40 million customers a year and has a fleet of nearly 300 aircraft. This summer, it will be operating nearly 1,000 flights a day across four London airports.