Edmonton, AB, Canada, 2013-12-12 — /travelprnews.com/ — One year ago, global restaurateur HMSHost opened the Heineken Lounge to travellers in the new Domestic-International Passenger Lounge at Edmonton International Airport (EIA), as part of the airport’s expansion efforts. Heineken Lounge has been very popular and expects to reach the 60,000 guest milestone this month.

“The Heineken Lounge has been a wonderful addition to our airport and a big hit since day one. With a beloved global brand, a great menu and the feel of an authentic Dutch bistro, it’s a taste of Europe before you leave the ground. We’re honoured to host this one-year anniversary and raise a toast to this restaurant’s continued success,” said Myron Keehn, Vice President of Commercial Development for EIA.

“HMSHost is proud to partner with such a globally recognized brand as Heineken to bring travellers a great place to take a break and relax when passing through the airport,” said Michael Jones, Vice President of Business Development at HMSHost. “The fact that this event brought in such a respected crowd validates just how well the brand is known and respected around the world.”

The Heineken Lounge opened last year as part of a major expansion at EIA. Although the focus is on the Heineken beer brand, one of the world’s most popular beers, travellers can choose from a wide variety of other beers, cocktails made from premium liquor and an amazing selection of wine. The Heineken Lounge also features sumptuous meals, with menu highlights such as the Smoked Nova Scotia Salmon sandwich, Nasi Goreng (a spicy Indonesian stir-fry dish with vegetables and slices of mini egg omelet), as well as the Mosselen, or Dutch Steamed Mussels.

ABOUT HMSHOST
Global restaurateur HMSHost is a world leader in creating dining for travel venues. HMSHost operates in more than 100 airports around the globe, including the 20 busiest airports in North America. The Company has annual sales in excess of $2.7 billion and employs more than 30,000 sales associates worldwide. HMSHost is a part of Autogrill Group, the world’s leading provider of food & beverage and retail services for people on the move. With sales of over €6 billion in 2012, the Group operates in 38 countries and employs some 63,000 people. It manages approximately 5,300 stores in approximately 1,200 locations worldwide. Visit www.HMSHost.com for more information. We can also be found on Facebook at fb.com/HMSHost and Twitter @HMSHost.

ABOUT EDMONTON INTERNATIONAL AIRPORT
EIA has 36 stylish shops and services, and 25 tasty restaurants with international and local flavours. Edmonton International Airport (EIA) is Canada’s fifth-busiest airport by passenger traffic and the largest major Canadian airport by land area. Canada’s fastest-growing major airport in 2012, EIA serves 7 million passengers per year and offers non-stop connections to more than 50 destinations across Canada, the US, Mexico, the Caribbean and Europe. For more information about Edmonton International Airport, visit www.flyeia.com. 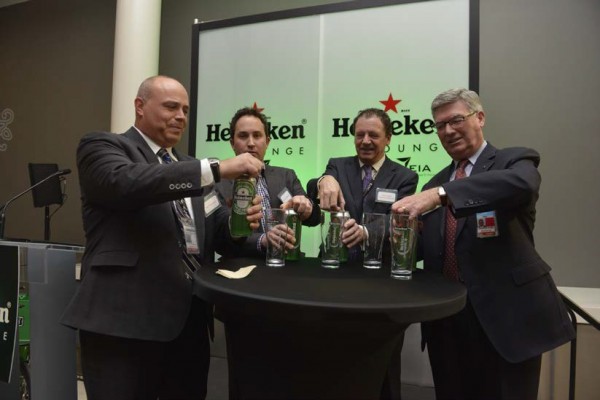