The castle, which is Scotland’s number one paid for visitor attraction, saw 767,566 visitors go through its famous gates between June and September, a 3% increase on the previous record, which was in 2013.

The castle is one of several Historic Scotland sites which enjoyed record breaking visitor numbers over the summer period. Other key performers included sites in Orkney, with Skara Brae and Bishop’s and Earl’s Palaces both recording rises of 11% respectively. Meanwhile heritage attractions such as Stirling Castle – the former home of Mary, Queen of Scots and Urquhart Castle also recorded record breaking numbers, welcoming 256,035 and 220,025 visitors each.

In total, 2,141,082 people visited a Historic Scotland site between June and September 2014, a 4% increase on the previous record.

“These are fantastic figures which showcase the continued appeal of Scotland’s historic attractions to visitors from both home and abroad.

“2014 was a memorable summer for Scotland – with an influx of visitors to events such as the Commonwealth Games and the Ryder Cup as well as a whole host of Homecoming related events taking place up and down the country.

“Our heritage sites played a key role within this and continue to be a constant and hugely important asset at the heart of our tourism and cultural make-up.”

“It has been a very strong summer season for visitors to our sites.

“Whilst the majority of the growth in visitor numbers has been experienced at our three biggest sites – Edinburgh Castle, Stirling Castle and Urquhart Castle, it is fantastic to see that growth emulated across many parts of the estate.

“In terms of trends, we have continued to build upon last year’s strong travel trade business; meanwhile we have also experienced an increase in visitors from the rest of the UK, particularly England, as well as French and German visitors.

“We are also seeing a strong return from products which allow visitors the opportunity to visit multiple sites such as our explorer passes, which have grown 16% year on year, whilst our extensive events programme continues to bring history to life.” 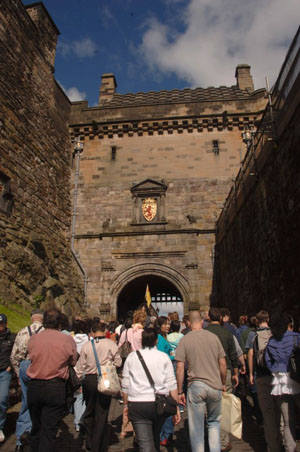