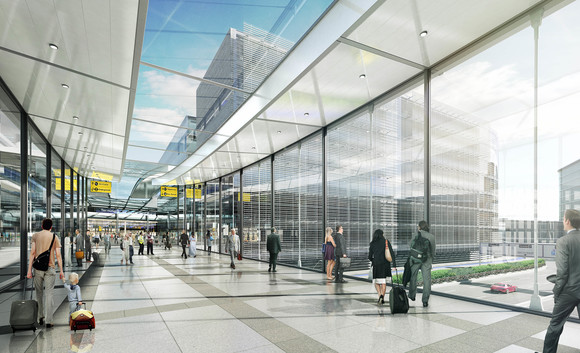 LONDON, UK, 2020-Jan-08 — /Travel PR News/ — Heathrow has announced it will launch an eight-week public consultation to finalise its proposals for airport expansion following the recent decision by the UK’s aviation regulator, the CAA, to cap early spending on the project. Capping spending has prolonged the construction period of a new third runway and means Heathrow will need to undertake refreshed modelling of key aspects of the plan – including public transport to and from the airport – to evidence that Airports National Policy Statement (ANPS) targets can be met.

The consultation will run from April through to June ensuring that communities can review and feedback. Heathrow will be writing to local authorities in the coming weeks with more information, offering them the opportunity to feedback on our approach to consultation. Responses will feed into the final planning application, to be submitted to the Planning Inspectorate towards the end of 2020.

Heathrow’s submission to the Planning Inspectorate will detail how the airport will expand and connect all of Britain to global growth, whilst meeting the requirements of the ANPS. It will also restate Heathrow’s commitment to ensuring an expanded Heathrow meets strict environmental targets, delivers tens of thousands of new high-skilled jobs and honours our commitments to local communities.

If Heathrow’s plans are approved by the Secretary of State on the recommendation of the Planning Inspectorate, the third runway is expected to open between early 2028 and late 2029.

“This country is ready for a decade of infrastructure delivery underpinned by expansion at Heathrow. We are keen to ensure our plans continue to be supported and shaped by local people as we prepare to deliver the economic boost Britain needs.”

In the coming weeks, Heathrow will announce dates and locations for consultation events as it also prepares to become one of the first major international airports to operate carbon neutral infrastructure.

Heathrow is Europe’s largest airport and one of the world’s top international aviation hubs. As the UK’s global gateway, Heathrow welcomes more than 80 million passengers every year. The airport is home to more than 80 airlines and is Britain’s largest cargo port, helping to drive British trade growth by connecting the nation to more than 200 destinations around the world.

Heathrow is currently ranked by passengers as the “Best Airport in Western Europe” for the fifth year running and the “Best Airport for Shopping” for 10 years in a row. Terminal 5 holds the title of the “World’s Best Airport Terminal” and Terminal 2 is the airport’s most sustainable, now powered by 100% renewable gas and electricity.