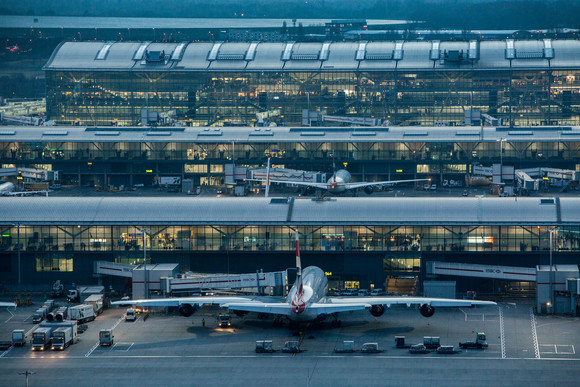 LONDON, UK, 2019-Mar-29 — /Travel PR News/ — Britain is winning the global airport race after passengers voted Heathrow Terminal 5 the best in the world at the 2019 Skytrax World Airport Awards, held yesterday evening at the Passenger Terminal EXPO in London. Terminal 5 beat its international counterparts, winning “World’s Best Airport Terminal” for the sixth time in its 11 year history, whilst Terminal 2 is close behind as fourth best globally. Overall, Heathrow maintained its position as one of the top 10 airports in the world.

Since a £12 billion investment programme began a decade ago, Heathrow has been consistently ranked as a passenger favourite. Heathrow has racked up the “Best Airport in Western Europe” title for the past five years running and “Best Airport for Shopping” for a record-breaking 10 years.

The secret to Heathrow’s success is more than just reliable and efficient terminal buildings, but also delivering world-class passenger service to make every journey better. 2018 was a record-breaking year with over 80 million passengers choosing Heathrow – approximately 220,000 passengers a day – and the team’s dedication to maintaining top service standards resulted in 82% of passengers rating their Heathrow experience as either “Excellent” or “Very Good”.

“After a decade in service, it’s absolutely fantastic that Heathrow’s Terminal 5 is flying above the rest. For passengers to vote two of Heathrow’s terminals into the world’s top five, is a ringing endorsement of the billions we’ve invested to transform Heathrow into the world-class airport it is today. Britain has a front door it can be proud of and our teams will continue to welcome our passengers with a smile to keep Britain on top and moving.”

Skytrax’s World Airport Awards are the most prestigious accolades for the airport industry, voted by passengers in the largest, annual global airport satisfaction survey. The 2019 Awards are based on 13 million airport survey questionnaires completed by passengers flying through more than 500 airports. More informatoin on the awards is available here: https://www.worldairportawards.com/

The top 10 rankings for World’s Best Airport Terminal in 2019:

Heathrow is Europe’s largest airport and one of the world’s top international aviation hubs. As the UK’s global gateway, Heathrow welcomes more than 80 million passengers every year. The airport is home to more than 80 airlines and is Britain’s largest cargo port, helping to drive British trade growth by connecting the nation to more than 200 destinations around the world. Heathrow is currently ranked by passengers as the “Best Airport in Western Europe” for the fifth year running and the “Best Airport for Shopping” for 10 years in a row. Terminal 5 holds the title of the “World’s Best Airport Terminal” and Terminal 2 is the airport’s most sustainable, now powered by 100% renewable gas and electricity.