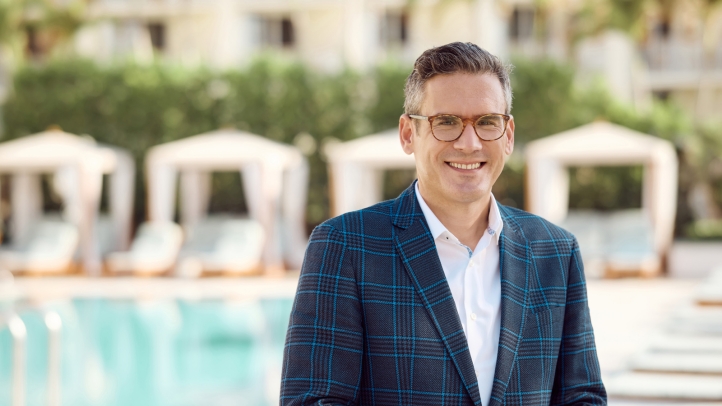 “To join the leadership of a world-class Resort during a pivotal time in hospitality history is an honour,” says Cueto. “I am excited to embrace the spirit of Palm Beach Island and care for our guests with the same level of exceptional and gracious service that this Four Seasons team is known for.”

After a year of being privately reserved, Four Seasons Resort Palm Beach began welcoming new arrivals in April, presenting a host of exciting experiences for guests and locals alike including renovated specialty suites, new offerings at Florie’s, the Resort’s flagship restaurant and bar in partnership with three-Michelin-starred Chef Mauro Colagreco, new hyper-personalised treatments at the Five-Star Spa, and the introduction of the Resort’s official therapy dog, an Australian Labradoodle named Fort.

With the Resort primed for a successful year, Cueto is ready to once again make his mark. Not only is Cueto responsible for ensuring a smooth-running operation, one of his priorities is keeping employees engaged and motivated, requiring a lot of cheerleading and positivity, a trait that comes naturally to him. “The driving force behind keeping our guests happy is a contented team,” says Cueto.

The warmth and care Cueto brings to his role also extends to his connections with Resort clientele. He looks forward to welcoming guests to the relaxed sophistication and easy-going pace of life by the water at Four Seasons Resort Palm Beach, especially during a time when so many are seeking a safe and welcome escape to re-connect with loved ones.