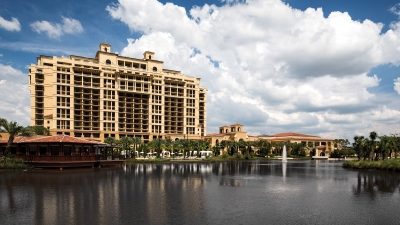 For the eighth year in a row, Four Seasons Resort Orlando receives the top honour

“We are extremely honoured to be named the #1 hotel within the category of Best Hotels and Best Resorts in Orlando,” says Thomas Steinhauer, Regional Vice President and General Manager of Four Seasons Resort Orlando. “We are also immensely proud to be ranked among the top resorts in Florida.  My gratitude and all credit for these amazing accolades goes to our incredible team of hospitality professionals who go above and beyond to provide caring, personalized guest service that has come to truly set our Resort apart.”

In addition to being ranked Best Hotel and Best Resort in Orlando by U.S. News & World Report, Four Seasons Resort Orlando was also named as the #3 Best Hotel and Best Resort in Florida.  The Gold Badge ranking bestowed by U.S. News & World Report signifies Four Seasons Resort Orlando is among the nation’s top 10 percent of all ranked luxury hotels. The Resort also remains the first and only property within Central Florida to hold the coveted AAA Five Diamond Award – a true testament to the incredible team, whose dedicated service truly distinguishes the Resort. For example, Chef Concierge Sandra Ferrarese brings 27 years of experience with the company and is one of only four Les Clefs d’Or accredited concierges in Central Florida. Executive Pastry Chef Rabii Saber was a 2019 James Beard Awards Semifinalist for Outstanding Pastry Chef, and Executive Chef Fabrizio Schenardi has been honoured with the Paolo Bertani Award from the Italian Academy of Cuisine. Talented craftspeople abound, from the incredible culinarians to the skilled therapists of The Spa to the expert golf and tennis instructors.

A highlight of Four Seasons Resort Orlando is the five-acre (two hectare) Explorer Island water park, including a winding lazy river complete with a rapids section, two water slides, an interactive splash zone with water cannons, and much more.  The complimentary Kids For All Seasons program offers organized activities for children ages 4-12. In addition to the fun at the nearby Disney parks, the Resort offers a twice-weekly character breakfast, the Good Morning Breakfast with Goofy and His Pals.  Adults will enjoy the adult-only pool, 18-hole Tom Fazio-designed golf course, and The Spa at Four Seasons. Recreational pursuits for guests of all ages are sure to provide ample entertainment. The Resort is also a popular destination for weddings, social events and corporate meetings.  Locally, members of Four Seasons Golf and Sports Club Orlando can take advantage of unlimited golf on the pristine course, access to the Resort’s tennis courts and fitness centre, experience robust programming including exclusive events, and much more.