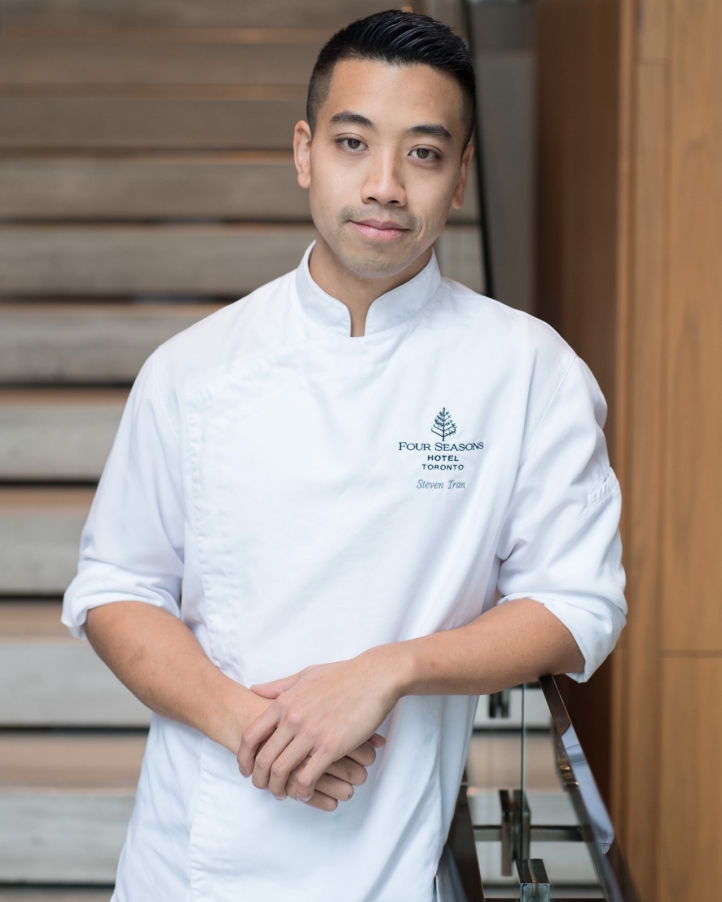 In his new role, Tran oversees a team of 15 chefs working in two pastry kitchens to craft sweet finishes and house-made baked goods for the property’s signature dining experience at Café Boulud and Yorkville’s iconic d|bar by Chef Daniel Boulud, as well as for the Hotel’s in-room dining, amenities and banqueting.

Originally from Vancouver, Tran began his professional culinary career when he was awarded a scholarship to a local culinary program. A work-study trip to France soon ignited his passion for the sweeter side of the menu and he never looked back. “I was drawn in by the challenge that creating exceptional pastry presents in both the artistry and discipline,” says Steven Tran. “I love to be spontaneous in the kitchen, so I really had to train myself to be precise and exact.”

Hungry to learn from the world’s best chefs and international talent, Tran continued his culinary pursuits in England, Toronto, Tokyo and Paris, working at Michelin-starred restaurants and with at least one chef honoured with a Meilleur Ouvrier de France along the way, before finally landing in New York City. After a call from Dinex, the restaurant group of Chef Daniel Boulud, and two sensational audition desserts, Tran was appointed the new pastry sous chef at Café Boulud on the Upper East Side, where he honed his talent and work ethic for another two years. Now, his journey seems to have come full circle supervising the pastry division of Café Boulud in Toronto with his appointment as Executive Pastry Chef of Four Seasons Hotel Toronto.

“Steven’s passion to his craft and desire to create inventive desserts and push boundaries inspires us all,” says Konrad Gstrein, General Manager. “He is the final addition that completes our award-winning culinary team at our flagship property.”

Tran brings to his role a unique perspective to elevate the property’s offerings, as well as the leadership and creativity to execute his vision. In his short time as Executive Pastry Chef, he has been quick to spearhead initiatives such as upgrading the Hotel’s croissant selection and creating original desserts of his own, including salted caramel cremeux with Valrhona Dulcey chocolate, spice speculoos cookie, pumpkin spiced cake, caramelised pecans, butterscotch sauce and maple-scented whiskey ice cream.

A fan of snowboarding and hiking when back home in Vancouver, Tran prefers watching the World Chocolate Masters to traditional sports and continues to participate in culinary competitions whenever he can. He is particularly passionate about chocolate and the new technologies that can turn it into art, and looks forward to launching a chocolate program at the Hotel in the near future.