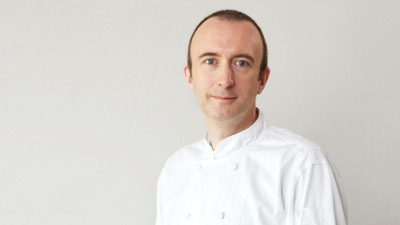 Tokyo, Japan, 2021-Dec-09 — /Travel PR News/ — Arriving from London this winter, Pastry Chef Elwyn Boyles is ready to introduce Tokyo to a distinctive sweet sensibility, refined in some of the world’s most illustrious kitchens.

Diners can discover Elwyn’s classical European-style dessert experience at Four Seasons Hotel Tokyo at Marunouchi. Defined by a precise balance of flavours, his sweet creations showcase the simplicity of fine ingredients. Each plate is impeccably composed, with unlikely components coming together into a harmonious whole.

“To be a successful chef, you need to have fun with your personal creative style while also producing something diners will find exceptional,” explains Elwyn, who has led award-winning restaurants in the UK and the US for more than 15 years.

Now at Four Seasons, Elwyn partners with Executive Chef Daniel Calvert to deliver a confectionary menu that ties in seamlessly with the broader culinary offering. In a happy coincidence, his arrival in Japan marks the beginning of citrus and strawberry season. “These are two of my favourite ingredients to work with, so you can expect to see a lot of them over the next couple of months,” he says with a smile.

Compositions such as the Strawberry Black Currant Mousse and Strawberry Almond Bar also brim with the luscious flavour of Japan’s favourite wintertime fruit. Keep an eye out for kishu mikan mandarins, a variety first introduced to Elwyn by an old Japanese farmer in Napa Valley.

“Our boutique Afternoon Tea feels genuinely special at any time of year,” observes the pastry maestro, noting that each dessert is individually crafted and plated – not just a piece cut out of a larger pie or cake. The light-as-air scones are made according to his special recipe, while the madeleines are served straight out of the oven (“the key to a perfect madeleine”).

The savouries, too, are served with exceptional thoughtfulness. Brought to the table one by one, they can be enjoyed by diners hot and fresh – exactly the way they’re supposed to be.

Over at SÉZANNE, epicures will be able to detect a greater French influence in the frequently-updated desserts. Rooted in classical techniques, each recipe is woven around fresh seasonal produce, allowing the simple, clean flavours of ingredients to shine through.

With an advanced diploma in pastry, Elwyn began his career in London with three iconic properties – Four Seasons Hotel London at Park Lane, Connaught Hotel and Café Royal. He then helmed the pastry division at Midsummer House, a Cambridge restaurant that earned its first Michelin star during his tenure. Next, he joined the opening team of Tom Aikens as pastry chef, working closely with Chef Tom Aikens to make it one of the most exciting restaurants in England.

In 2008, Elwyn became pastry chef at New York City’s Per Se (3 Michelin stars), followed by a promotion to executive pastry chef for fine dining for the Thomas Keller Restaurant Group. During this time, he led the acclaimed collaboration between Per Se and The French Laundry (3 Michelin stars). He was also instrumental in launching the brand’s pastry program on the Seabourn cruise ship line, as well as opening new restaurants in Miami and New York.

When dreaming up new desserts, Elwyn draws inspiration from two primary sources: shapes and flavour profiles. “It all begins with an idea, which could come from anywhere – nature, art, food,” he explains. “Then we build the dish by experimenting with tastes, textures, temperatures and acidities.”

Living in Tokyo for the first time, Elwyn is excited to immerse in the culture and lifestyle. The move to Japan was motivated by his desire for growth, both at a personal and professional level. As he says: “I believe broadening your horizons helps you develop as a person, which then reflects in your cooking and the way you interact with other people.”