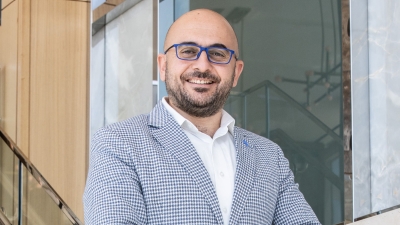 Julieta Mechkarska brings thirteen years of hospitality experience to her role as Food & Beverage Director for Four Seasons St. Louis.  Although originally born and raised in Bulgaria, St. Louis is a bit of a homecoming for her as it was her first stop in the US when she arrived after high school. After completing undergraduate and graduate studies, she landed her first hospitality role as beverage manager at Caesars Palace in Las Vegas.  She then joined Mandarin Oriental Las Vegas where she held various management positions and was relocated to Washington, DC with the company.  There, she also had the opportunity to assist in the opening of Trump International Hotel, Washington, DC. Most recently, Julieta was director of restaurants at The Cosmopolitan Hotel in Las Vegas.

“We are excited to have two strong industry professionals join the Hotel’s leadership team,” says Alper Oztok, Four Seasons Hotel St. Louis General Manager.  “They both bring deep expertise, a hands-on approach and positive energy, which will continue to enhance our guest experience and lead the entire team toward service excellence.”