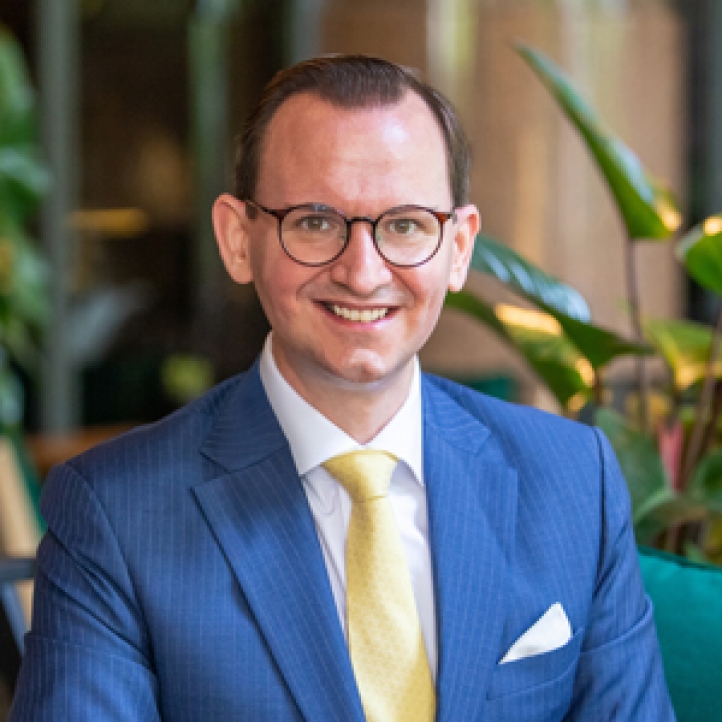 Singapore, 2022-Apr-08 — /Travel PR News/ — Tobias Emmer has been appointed Hotel Manager, Four Seasons Hotel Singapore. Thrust into the heart of the Garden City that pulsates with dynamic energy, Tobias embraces his new home with open arms as he brings with him the unique professional experience that spans city and resort properties, giving him a flair for bringing out the best wherever he goes.

Tobias’ passion for hospitality runs deep in the family, and he is convinced he inherited the hospitality gene from his uncle who spent his entire career in hotels and restaurants across Germany. As a teenager, instead of getting a paper route like his friends, Tobias chose to work in the kitchen where he made salads and washed dishes.

He then pursued his passion further and joined the apprenticeship program at Mandarin Oriental Munich and later headed to Mandarin Oriental Hyde Park Hotel, London. Expecting to return home to Germany within a year, he continued to enjoy London and graduated with a Bachelors of Tourism from the Open University Darmstadt, before heading to China where he joined the opening of the Mandarin Oriental Pudong, Shanghai. Fast forward to today, Tobias still has not looked back and is enjoying his international professional journey in the last fifteen years that has taken him across the globe to Asia Pacific, and which has enriched his perspectives and horizons very quickly.

Tobias comes to the botanical-inspired Singapore property from idyllic Four Seasons Tented Camp Golden Triangle, Thailand where he took charge of day-to-day operations, ensuring that every guest experienced the magic and beauty of Chiang Rai in the serene surrounds of the resort. Prior to this, he worked with Four Seasons Resorts Maldives at Kuda Huraa, where his talent and diligence put him on the fast track to growth – rising from Front Office Manager to Assistant Director of Rooms, and finally to Director of Rooms. His leadership and people skills has made him stand out: an enthusiastic mentor, he takes great pleasure in helping team members and colleagues succeed, considering this to be his greatest personal achievement.

Along the way, Tobias has developed an insatiable appetite for travel, hopping into a car or plane to go somewhere new whenever he has some free time. He loves to explore the art scene as well as other luxury hotels at his destination, always on the lookout for novel and interesting ideas that he can bring back to his own guests. His favourite quote, from Eleanor Roosevelt, reflects Tobias’ philosophy perfectly: “True hospitality consists of giving the best of yourself to your guests.”