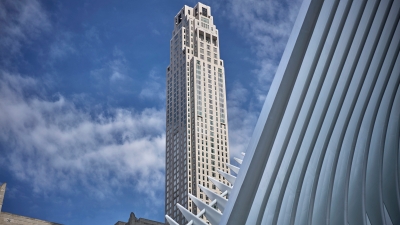 Since opening, Four Seasons Hotel New York Downtown has continued to push the boundaries of a luxury hotel in Downtown New York, with wide-ranging initiatives for in-house guests, residents and locals. The most recent luxury offerings include the launch of an exclusive In-Room SOAK Service, the release of The LocA-List Package with 48-Hour destination itineraries in Health & Wellness, Food & Beverage and Art & Culture; and the launch of a dedicated Health & Wellness Menu, available in both The Spa and In Room Dining. Additionally, The Spa at Four Seasons Hotel New York Downtown continues to see success with the launch of the Resident Healers Program and partnerships with iconic global brands including Soveral, Omorovicza and Dr Burgener.

“We are thrilled to once again be included in the Forbes Five-Star Listing and to be named along-side such a prestigious list of world-class hotels, restaurants and spas globally. This rating is a true testament to the culture and service excellence at Four Seasons Hotel New York Downtown and we are extremely proud of our team,” says Thomas Carreras, General Manager.

“We are delighted to celebrate the 2019 Star Rating winners, an outstanding collection of hotels, restaurants and spas that demonstrates a strong culture of service,” said Filip Boyen, Chief Executive Officer of Forbes Travel Guide.