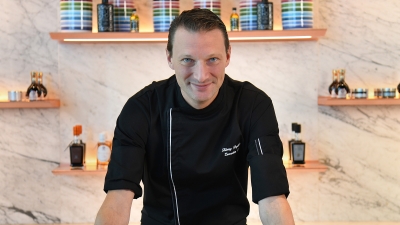 Kuwait City, Kuwait, 2021-Nov-03 — /Travel PR News/ — Four Seasons Hotel Kuwait at Burj Alshaya invites the knowledgeable dining community of Kuwait to celebrate truffle season at its signature restaurants this November 2021, with an exciting array of dishes presented by Executive Chef Thierry Papillier.  Having carefully selected some of the finest truffles from world-renowned producers from France and Italy, Chef Thierry has painstakingly designed menus at Dai Forni and Sintoho, the Hotel’s celebrated restaurants situated on the 21st floor of the property.

“Our guests can expect some truly unforgettable moments from these dishes and the incredible quality of the truffles I have secured from our suppliers,” explains Papillier, alluding to the selection of the much sought-after Périgord black truffle from France and the highly prized white Alba from Italy’s Piedmont region.  “The taste of a fresh truffle is almost beyond what we can describe.  In these menus I am presenting, the aromas and flavour profiles are elevated to a point where the whole experience becomes almost magical,” exudes Chef Thierry, demonstrating his own excitement for the limited-time dining event.

Each evening throughout the month of November until December 15, 2021, a specially created truffle menu will complement the existing culinary offerings at Dai Forni’s truly authentic Italian style and Sintoho’s Asian concept, allowing guests the choice of mixing their selections to include their favourite plates as well as exciting truffle-inspired dishes that bring a new dimension to the dining experience that guarantees to delight patrons.

“At Sintoho, I think one of the show-stoppers will be the Tuna Tataki, because yuzu and truffle together produces a flavour that stays long in the mouth and matches perfectly to the texture of the tuna itself,” explains Chef Thierry.  “With that said, I wouldn’t be surprised if the Truffle Wagyu Katso Sando is the best seller among the starters because it really is a super-flavourful gourmet sandwich thanks to that unique black truffle taste profile,” says Chef, who recently took the helm as the head of culinary operations of Four Seasons Hotel Kuwait at Burj Alshaya.

Demonstrating a carefully considered, independent approach to both signature restaurants on the 21st floor when crafting the truffle season menus, Chef Thierry performed a detailed study into the freshest ingredients available that could be used to best match the outstanding quality of the truffles he was sourcing.

“Working with truffles is a serious business,” he smiles.  “These are the rarest, best flavour mushrooms in the world because of their unique aroma, flavour and taste and so it’s incredibly important that I respect the ingredients and create something truly special in both restaurants,” explains Chef Thierry, showing a thoughtful approach to the process followed to present starters, main courses and desserts that will undoubtedly translate to delighting guests this November at the signature dining destinations of Four Seasons Hotel Kuwait.

“There are some classic pairings at Dai Forni, such as the White Truffle Linguine, which is simply shaved on top of buttery linguine to allow all those fresh aromas of the truffle to take hold,” explains Chef Thierry.  “The Beef Carpaccio with parmesan cream and truffle dressing with the black truffle is quite simply an explosion of flavour,” he smiles.

You may also be interested in:  Ring in the Lunar New Year with Flavors of China and Traditional Lion Dances at Four Seasons Hotel Mumbai

Truffle season menus are available every evening from November 1 to December 15, 2021 at Sintoho and Dai Forni, situated on the 21st Floor of Four Seasons Hotel Kuwait at Burj Alshaya.  T make a dining reservation call or WhatsApp 2200-6000 or email reservations.kuw@fourseasons.com.