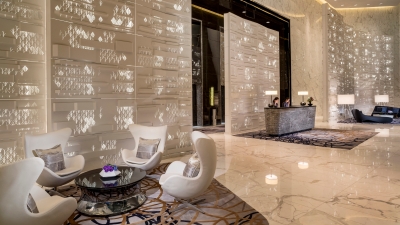 “The coveted Five Star rating by the Forbes Travel Guide honours only the most excellent of luxury hotels in the world. This award is recognition of the dedication and relentless effort of our staff in the delivery of service excellence,” says Patrick Pollak, General Manager of Four Seasons Hotel Guangzhou. “This is a great motivation for us to continue delivering impeccable personalised service from the heart and create memorable experiences to our guests.”

Since its opening in 2012, Four Seasons Hotel Guangzhou has consistently been recognised for its iconic design and excellent service. Staff seek to treat others as they would have themselves treated: the Golden Role. To elevate guest experiences at every touchpoint, Four Seasons Hotel Guangzhou has recently launched a range of new kids’ amenities and special occasion room setting to create lasting and precious memories for the most discerning guests. Delivering impressive personalised service has always been the Hotel’s core essence. An elegant and cosy room setting with welcome amenities, balloons, plush toy and special set up is also created to surprise guests when they celebrate special occasions during the stay.